Professor Joseph Pace is a veteran dermatologist who has seen his fair share of skin conditions. In this interview, he shares some insight into his career, his research and his joys in life.

TS: How long have you been a medicine man?

Next year I look forward to celebrating 50 years as a doctor. Over these years I have worked in Edinburgh, Manchester, Stoke-on-Trent, in Saudi Arabia, and of course in Malta. Here in Malta apart from my private practice which keeps me busy now, I held varied posts in the past including Chair of the Dermatology Department at Boffa Hospital and in the Faculty of Medicine from 1987-1990. I have also been President of the Medical Association of Malta, President of the World Medical Association, Chairman of the First EADV Spring Meeting held in Malta, and also President of the Foundation for Medical Services. I have been Secretary General of the European Academy of Dermatology for six years. Outside Europe I am Visiting Clinical Professor of Dermatology at Jefferson Medical Centre of Thomas Jefferson University in Philadelphia, and also a Fellow of the American Academy of Dermatology and the American Dermatology Association (ADA) besides being an Honorary member of several national Dermatology societies.

Why I chose dermatology is a good question when the UK training system gives ample grounding in all medical sub specialities. I was fortunate to do Dermatology as a core part of my general medical training with consultants who emphasised on a daily basis that being a good dermatologist requires thorough grounding in both primary skin disease as well as internal diseases that cause changes to the skin. This made a lot of sense and it needed only a suggestion from my mentor Eric Donaldson to persuade me to give Dermatology a try! It seems to have worked out and I have seen the speciality move from Cinderella status to a highly scientific cutting edge discipline which attracts the best graduates in Malta and seemingly in every country I know.

TS: What skin conditions have increased over these years?

Skin cancer and female adult acne. Everyone is or should be knowledgeable about skin cancer but in the past the latter was practically unheard of, indeed considered most unusual!! Today we see so many women in adulthood, suffering from what looks like teenage acne… and it may be linked to cysts in the ovaries (PCOS). If left untreated, this condition can have serious repercussions on other health issues. So the first alarm bell when a patient presents with adult acne is to consider possible PCOS. This condition can now be tackled from a young age, of great importance considering that patients with ovarian cysts may be prone to diabetes and heart disease.

TS: What are the known causes of this?

Stress is a major trigger, in adult acne as also in psoriasis and eczema. This skin condition causes enormous psychological damage. People think it is contagious, which it is not. This is in actual fact a hereditary condition which does become aggravated in stressful periods of life. In Malta, we unfortunately, (and some would say very unfairly) have a very ambiguous situation associated with support for manifestly chronic skin conditions. The Schedule 5 system rightly supports free medicines for chronic diseases. The problem is that it discriminates between equally chronic conditions and thus between equally affected and equally tax contributing Maltese citizens. Thus eczema patients get zero support while psoriasis patients get full support, in spite of both conditions seriously affecting Quality of Life confirmed objectively in numerous studies to be equal or worse than patients with chronic kidney and heart disease! There are many new treatments on the market, which, if made available, could alleviate much suffering for patients, including children, who may or may not be able to afford expensive treatment often for many years on a daily basis. 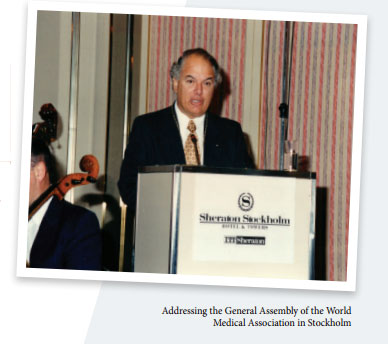 TS: How has medicine changed over these years since you graduated?

I still remember when I became a doctor, we were still boiling needles. There were very few young doctors at the time. Now the hospital has large numbers of young doctors working within it. The modes of practise have changed completely – for one thing, the systems are all digitized now, including patients’ data. The hardware, the techniques … so much has transformed medicine. However, we must never forget the dictum of the late Professor Ganado who referred to His Majesty the patient or that of the Knights of Malta – Our Lords the Sick.

TS: When you are out and about do you ever stop and notice people with terrible or possibly dangerous skin conditions and would you point it out to them?

It is very difficult because yes, I do notice people with skin cancer or terrible acne. Some things just jump to attention for somebody like myself who has been treating skin problems for so long especially if these can be improved. One has to be very careful not to alarm people, and not to interfere with their privacy. However, there have been situations where I could not fail to note a dangerous skin lesion, in which case I did throw a very diplomatic hint that it would be wise to have it seen to sooner rather than later.

TS: What do you do when you are not treating patients?

I have been deeply involved in medical politics both here and abroad. I have a very full family life which includes five grandchildren, who I refer to as a lovely granddaughter and four terrorists! Everybody knows that I am a football fan … actually an ardent Juventus football fan who at long last this year managed to obtain a season ticket and saw 12 games, all wins: what an experience.

TS: How did this love for the Juventus team come about?

I always liked the team, was always a fan. 30 years ago I was in Brussels to attend the European Cup Final between Juventus and Liverpool. It was the 29 May 1985, a date I will never forget. So many Juve fans died or were injured when a wall collapsed in the Heysel Stadium. I was there with the crowd and well … after something like that, the bond only became stronger. It is incredible that one dies at a football match. 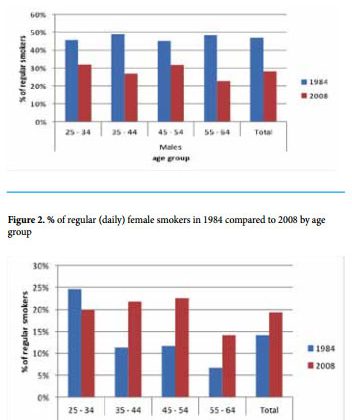 The Dark Matter of the Genome – Some Insights and Clinical Applications