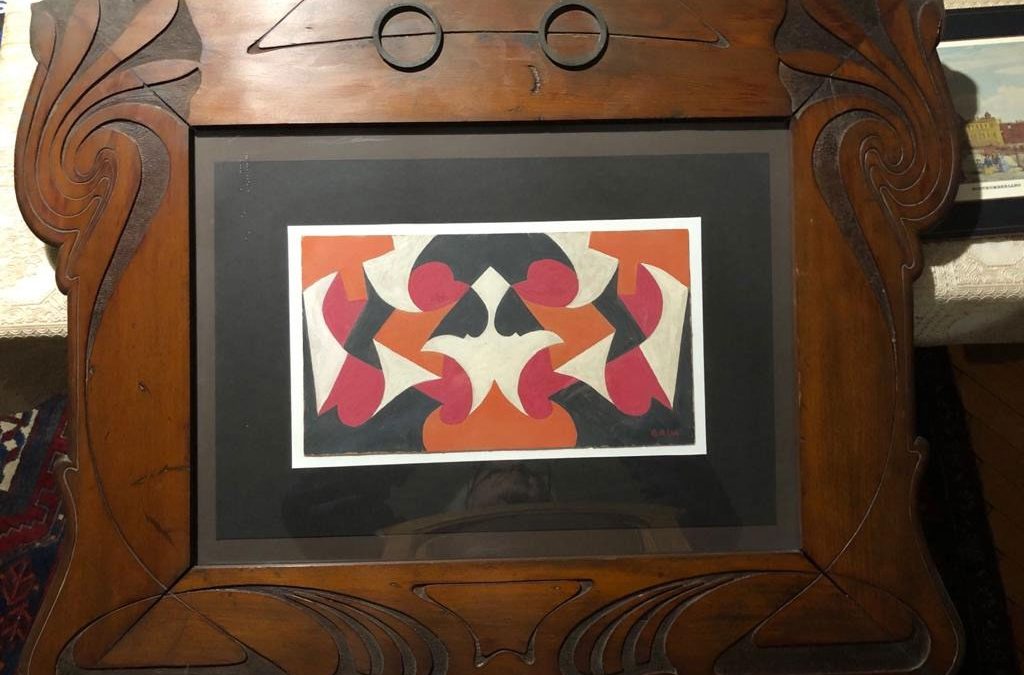 Balla was a futurist focusing on topics such as speed, temporality and movement, arriving to leave  any figurative reference  and to develop mechanical and optical aspects.  A period  ranging  from 1914 to 1920, when the artist’s research was directed towards  a  geometric abstract model entirely unique to Futurism and beyond.

Collages are different from the Cubist papier collé, which used different materials, intertwining true and false, to create effects between real and painted.   Balla moves in other territories, using  coloured paper  and tempera on cardboard, as can be seen in different  Lines of speed + noise forms, created during 1915, where speed becomes a symbol analyzed in its simple linear evolution.

Indeed, for Balla, this is  a way to geometrically simplify  shapes. Removing figuration favours rhythmic articulation, accompanied by the dynamic effect of colours.  In his paintings, abstract shape becomes dynamism, speed becomes geometric rhythm;  and,  together with colours, works are created that convey the idea of a circulation of energy.  Even the noise is transformed into form and is superimposed onto speed.

In some  works  Balla  points towards  the biological circle of natural forces such as in Line of speed + lanscapes. In  Balfiori the main subject is vegetation, natural forces that combine and multiply. With the flowers, a softness to the lines appears and broken   rhythms disappear to find a deep harmony. In Blue Metallic Aeroplane, the foil recalls airplane metal and even the explosion of its lightness in flight, with straight and curved lines and triangles in play with the white, blue and light-blue colours, and sky and mechanical body combining to give life to the flight’s dynamism.

Balla also prepared many geometrical ideas for clothes and tissues. He assembly  heterogeneous materials  being  is more interested  in expressive abstract research. In The war with oil paints and coloured paper on cardboard, chaos spreads out from the centre to become a fast vortex animated  by powerful colouring using blacks, yellows and reds.

His abstract work s are the evolution of a  long study of  light and colour which began in his pointillist period.  He returns to the figurative at  the end of thirties, a rethinking  that was well described in  his words: ” I had dedicated, with sincere faith, all my energy to innovative research but at one point I found myself with opportunists and careerists more interested  in business  than art;  and in the belief that pure  art lies in absolute realism, without which it falls into ornamental decorative shapes, I took up my earlier art again as the interpretation of naked, healthy reality “. 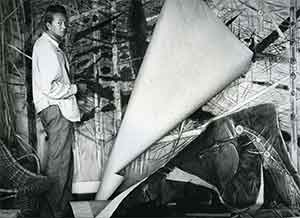 A study of melanoma and skin phototypes in Malta