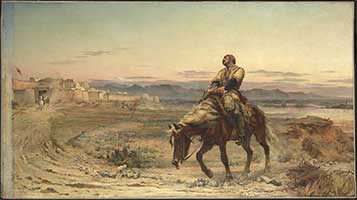 Between Pocahontas and the only one surgeon survived

At its height, the British Empire was the largest empire in history and the most influential global power. Originating with a few overseas possessions and trading posts, it grew to encompass dominions, colonies and protectorates rule and administrated by the United Kingdom. In 1922 the Empire covered almost a quarter of the world’s total land area; by the end of the century it had diminished to just a few overseas territories. During this contraction, ” Empire ” became a highly provocative term. Its history of war, conquest and appropriation is difficult, even painful, to address but its legacy is everywhere: not just in public monuments, but in social structures, culture and in the fault lines of contemporary global politics.

How did Britain’s Empire influence the creation and collection of art over the past 400 years? And how did artists themselves reinforce, resist and reflect the Empire in their work? Tate Britain presents a unique exhibition about imperial visual which shows art across all British dominions. Artists and Empire examines the people who helped to create, promote or confront the British Empire in their work, bringing together around 200 extraordinary paintings, drawings, photographs, sculptures and artefacts. The exhibition reveals how the meanings of these objects have changed through history, and asks what they mean to us today.

The encounters between cultures are also explored, from the East India Company’s patronage through to the long disregard of Aboriginal art which went hand-in-hand with the denigration of indigenous Australian cultures. Carefully staged paintings of international events also manipulated the sympathies of audiences in Britain, dramatising conquests, treaties and “last stands “. The exhibition also brings together grand portraits of key political figures and examines how they were presented in ” exotic ” or hybrid costume, showing how images reflected bonds of union but also established differences between cultural groups.

Using their own skills and technical inventiveness, British cartographers and surveyors also learned from colonial rivals and regional expertise. Their work sometimes involved collaboration, but was often suspect, resented opposed. By erasing indigenous ownership and imposing new names and borders, Empire maps were always provocative and ultimately redundant. At the height of the Empire, maps defined Britain’s global reach, ambition and power in pictorial terms or by appearing in patriotic pictures.

British historical painting later came to be dominated by representations of heroic struggle and martyrdom by artists who also served as illustrators for the popular press. Although seemingly objective, with some pictures purporting to be eye-witness accounts, history paintings were carefully staged to win the sympathy of audiences in Britain for the Empire. Only a few are suggestive of the social upheavals and unequal power relationships which the rhetoric of Empire sought to gloss over.

The remnants of an army, Jellalabad, January 13, 1842, better known as Remnants of an Army, is an 1879 oil-on-canvas painting by Elizabeth Thompson, Lady Butler. It depicts William Brydon, assistant surgeon in the Bengal Army, arriving at the gates o f Jalalabad in January 1842. The walls of Jalalabad loom over a desolate plain and riders from the garrison gallop from the gate to reach the solitary figure bringing the first word of the fate of the “Army of Afghanistan”. Supposedly Brydon was the last survivor of the approximately 16,000 soldiers and camp followers from the 1842 retreat from Kabul in the First Anglo-Afghan War, and is shown toiling the last few miles to safety on an exhausted and dying horse. In fact a few other stragglers from the Army eventually arrived, and larger numbers were eventually released or rescued after spending time as captives of Afghan forces. The painting was made in the middle of the Second Anglo-Afghan War.

Large scale, formal portraiture was introduced to India when was promoted the exchange of portraits instead of gifts. As examples, Native American costume was presented and worn by British soldiers, diplomats or administrators admitted into kinship with indigenous peoples. Colonised individuals adopted Western clothing, modified it, resisted it, or knowingly played to Western expectations by retaining their own. Trans-cultural cross-dressing appears in many colonial and imperial portraits, embodying the sitters’ careers, travels and interests, and identification or confrontation with other cultures. Not fashion but self-fashioning, represents the adaptive, hybrid aspects of its wearer’s experiences between homeland, colony and imperial centre.

A rarely seen portrait shows Pocahontas in London. This portrait is the only one likeness of Pocahontas ( 1595 – 1617) created during her lifetime. Originally named Matoaka, she was the daughter of a high chief in the Tsenacommacah lands on America’s east coast. The portrait shows her in a costume of European power and status, and was made when she was brought to England as a hostage of Captain Samuel Argyll. In London she was received by the King and Queen at court and subsequently changed her name to Rebecca and married a tobacco planter. The image reflects the ideal of assimilation that underpinned colonial ambitions in America, but her death in 1617 contributed to the breakdown of relations between Europeans and the Tsenacommacah states, whose culture was all but wiped out by war and epidemics brought from abroad. The famous story of Pocahontas asking her father to spare the life of Captain John Smith is now widely accepted as untrue. At the of British colonial expansion, hostages were a common diplomatic bargaining method on both sides. The account published by John Smith in 1624 romanticised her role and sparked the love story that is legendary today, representing heras being ” civilised ” by contact with Europeans and stressing her willingness to embrace Christian culture.

Michelangelo and Sebastiano: a teaching and learning team 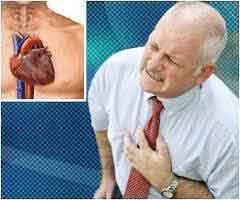