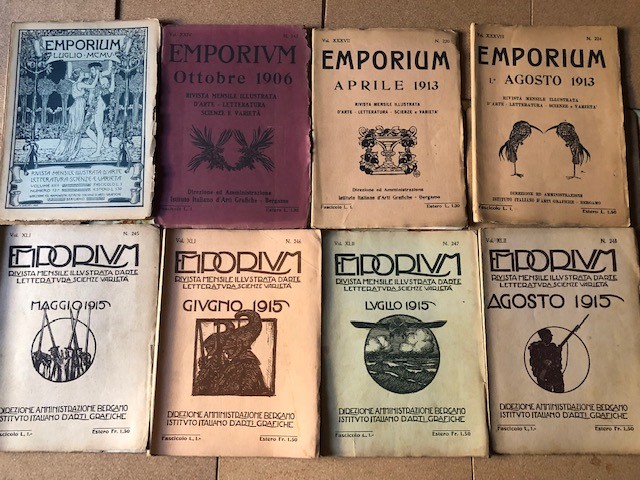 Emporium was a famous arts and graphics Italian magazine, printed in Bergamo, by Italian Institute of graphic arts. Founded in 1895, the publication continued until 1964.  For many decades, the magazine has been an important point of reference for Italian art.

The magazine belongs to the genre of illustrated magazines. It arose on the inspiration of the English publication The Studio. An illustrated magazine of fine and applied art, appeared in London in 1893, and did not fail to draw inspiration from other such magazines, in particular to the German Pan ( born in 1895 in Berlin ) and Jugend – Muncher illustrierte Wochenschrift fur Kunst and Leben ( appeared in Munich in 1896 ).     Due to its international opening, Emporium played an important role in making the major European artistic currents known  ( from Preraffaeleisti to Jugendstil ), helping to guide artistic tastes.

At the origin of the magazine lies the very strong technological development that, through the course of the nineteenth century, invested the publishing and printing sector and brought to the transformation of the traditional artisan typography, characterized by the technological procedures of Gutenberg, into the complex modern polygraphic industry.     Of great importance was the diffusion of photopraphy, which became an universal communication tool, and the invention of photomechanical printing, which made it possible to easily print pages of the articles for Emporium.

Without doubt, another element that determined the birth of the magazine is represented by the cultural fervor around technological development, characterized by international exchanges and insights and events such as the Universal Exhibition in Chicago, which represents the affirmation and staging of the new industrial model.

Since its conception, Emporium assumed a popular and universal character and the role of container. This is confirmed in the programmatic handbook of the magazine, published in December 1894. “To popularize high culture, the results of science, the flower of art, not only in Italy, but in the whole civilized world; with precise, short, juicy notes and monographs, owed to specialists, and always accompanied by illustrations, whether they are documents, taken from life and on Louis, reproduced with the latest systems of the most advanced graphic art; this is the intent of the new magazine”.

The magazine is made up of 840 issues, which correspond to the monthly issues and are collected in six – monthly volumes.  The first volumes consist of about 480 pages, 80 per issue, numbered in progression with respect to the volume, plus advertisements and out – of – text tables.  The illustrations are numerous and accompany all the articles. In the first six numbers of Emporium 580 illustrations are contained: more than one per page.

Characteristic of Emporium are the covers, which change from month to month and reflect the styles and tastes of the time. The establishment of graphic competitions for the realization of the covers, has benefited the variety and originality of the overall graphic design of Emporium with the presence of a large group of artists and designers working in the field of poster design and advertising graphics.

The covers of the first year were entrusted to Gabriele Chiattone, head of the drawing room; in the following years, thanks also to the perfection in printing methods and paper support, it moved on to more and more vivid chromatically decors. The covers made by Ugo Nebbia, during the first world war, reproduce symbols and instruments of war. Those made around 1925 go against the mechanized graphics and reflect the secular character of the magazine; in the 1930s take on a semi – geometric cut, reflecting the rationalist taste. 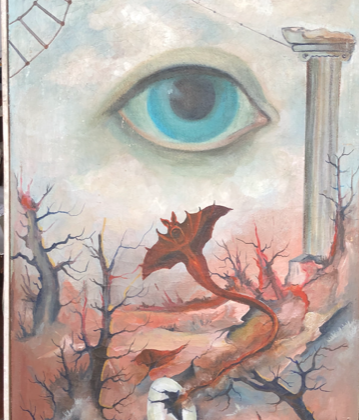 From Dada to Surrealism beyond borders 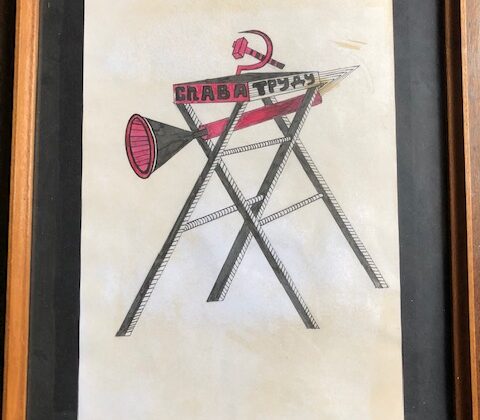