The small intestine is the most difficult part of the gastrointestinal tract to evaluate due to its length, complex loops and its distance from the mouth and anus. Conventional endoscopic techniques such as push enteroscopy (reaches up to 120cm beyond the ligament of Treitz) and colonoscopy with ileoscopy do not reach most of the small bowel. A complete direct endoscopic evaluation was previously possible only with intraoperative endoscopy.

Capsule endoscopy, introduced in 2000, is a new diagnostic tool that makes use of a swallowable video capsule, which, unlike conventional endoscopy, allows visualisation of the entire small bowel and does not require sedation.

The endoscopy capsule measures 26 x 11 mm and weighs 4 g (Fig 1). It contains a video camera, light source, radio transmitter, and batteries. Eight sensors attached to the patient’s abdomen receive the images, which are stored on a portable hard disk recorder strapped around the patient’s waist.

The capsule acquires two colour images per second with a resolution of 256 x 256 pixels. The sensors also allow a rough approximation of the capsule location inferred from the time of intestinal transit. After 8 hours, the data stored on the recorder is viewed on a computer workstation. The single-use capsule is excreted naturally, usually within 8–72 hours, but sometimes after as along as 2 weeks.

The main disadvantage of capsule endoscopy is the inability to definitively localize or treat small bowel lesions. A rough approximation of capsule location is based on time, however this is prone to inaccuracy due to differences in small bowel transit time or variant anatomy. Capsule endoscopy cannot be used in cases of intestinal strictures or obstruction; this includes more advanced cases of Crohn’s disease due to intestinal strictures.

An initial radiographic study such as a small bowel barium enema, barium follow-through or CT with bowel contrast is recommended for suspected small bowel disease; if negative, and patency of intestinal tract has been confirmed, capsule endoscopy may be performed. The following paragraphs describe the most common small intestinal diseases, in which this investigative approach has been shown to be of value.

Arteriovenous malformations, also referred to as angiodysplastic lesions, telangiectasias, or angioectasias, are the most common abnormality accounting for obscure gastrointestinal bleeding. They occur more frequently with increasing age and are seen at endoscopy as spider-like lesions (Fig 2). They are visible on angiography and CT angiography during a bleeding episode. These lesions can be treated with cauterization or hormone therapy.

Small bowel tumours (Figs 3-5)are a less common, accounting for only 1.4% of gastrointestinal cancers. Nonetheless these lesions are an important cause of obscure gastrointestinal bleeding and account for 75% of the symptomatic small bowel lesions that require surgery. 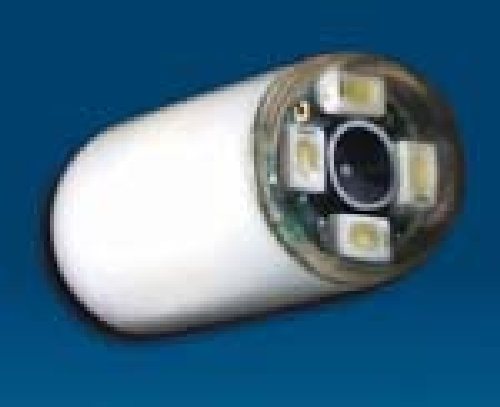 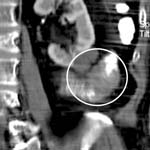 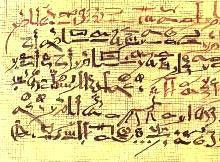