The Italian National Health System is getting a terrible period, with dramatic cuttings, inquiries ( also in Courts ! ), conflicts, problems (1).  So, GPs are on the highest level of frustration and burn out and many of them are looking at retirement from NHS as soon as possible, financial situation nationally and for GPs pension insurance being in extra-danger.  Sponsorships are now totally forbidden for Family Medicine, companies involvement is disincentived, the companies themselves are …closing.

As denounced to EURACT and to UEMO, the Government and the Health Authorities in Italy strongly push a weak and divided Family Medicine body to no contracts for other 4 years, considering deeper involvement and duties on ” patient records  total  summary ” to be sent…daily..to Health Authority , already a Big Brother and a political guardian…with GPs-clerks just lowering so much patients’ confidentiality (2).

Reasons officially consider epidemiology etc. but where core values of   Family Medicine are?  and its unique patient –  doctor relationship ?  and danger on privacy etc ?  Efficiency is the announced cover for all , really the points are ever greater  control and important political and market interests ( the U.S. market way step by step ).

Competition   based  on prices  rather  than  quality is on the horizon also in Italy with a  system named CReG ( Chronic Related Group,   just similar to DRG = Disease Related Group  in hospital setting, care)  for chronic patient, based on low price offers by different providers ( “any willing provider”  as Clare Gerada  underlines in her letters to RCGP members and in her editorials )(3)  already  not only GPs but mainly coming from the market, from groups outside primary care and NHS itself . A way for killing primary care, the opposite to what indicated  in the European Definition (4).

The new system is exacerbating inequalities because more developed or market-devoted practices (as area and as management systems) will be the only ones, as primary care, if they really succeed on any other willing provider, to work the system in this marketing way(5).

Can we “contract “on core values ? can we ” sell ” core values as described  in the European Definition, and spread  data treated by us in the interest of our patients with confidentiality and to be read by other not medical and financial bodies ? Can we be the new income-controllers for our patients, checking who of them has to pay tickets for examinations and who not, ask them for declared income and indicate it. I fear what the next could be:  sexual tendencies, political ideas, religion and so on ?

The European Health Authorities and WONCA and the networks, EURACT in particular as the most active and productive, the same RCGP in UK should give at least indications so that a general national referendum could be supported instead of political ” low agreements” between politicians, health administrative authorities (with a growing crazy power) and some politically oriented specific leaders representing just a series of trust doctors’ associations.

As EURACT specifies, GP trainees have to be trained in the specific competencies this profession requires.

These competencies have been defined on the grounds of the traditional expectations of GPs but are in need of evaluation, revision and directed development for the immediate future of general practice.

A   variety of new competencies is apparent which requires the advocacy of general practice within the medical profession: leadership, representation in society, academic and journalistic writing, teaching of students, trainees and doctors from other specialties, advising professional bodies, both governmental and scientific and research.

Currently in Italy very little account is taken of this new skill set when recruiting  ( only a MQC text is performed ) or training graduates  (contents are usually not EURACT-oriented), nor at the undergraduate level where we are only at the first step in the creation of courses with a core general practice curriculum in a few centers in Milan and Rome ( also this with continuous delays and obstacles from the Academy’s body and also from inside family medicine itself ! …), diverting educational resources into services funding and educational contents shadowy shifted  to teach national and regional bureaucracies and to pursue marketing and their directive aims (6).

Established GPs are extremely frustrated at being pulled and pushed by politicians and new technologists with big and unrealistic decisions always in the format of diktat.  One of the  last one is a diktat by Minister of Public Administration  (!), forcing all GPs to become administrative clerks and spend main time in clinic practice to send online sickness certifications for all patients also for one single day, otherwise the Minister cut their license to work in the NHS and send them out of the GMC also…and… GPs are making weak resistance because so divided and badly represented – and the diktat has a date as end point to obey just expired: consequences are that some clever doctors not willing to obey are at the point to be expelled from NHS!

CLERKS AND NO TRAINEES

In Italy there is a serious danger that GPs, so nationally divided with no effective lobby, would be “changed” into a new breed of clinician, little more than bureaucratic officers or clerks, becoming a new group (cloned with young doctors prepared to say yes every time) in which the holistic relational core competencies will be lost before “new ones technological- marketing- clerkship”    are learned and applied.

In fact, in Italy there is no flexible scheme to provide protected time for teaching, research or leadership. As a consequence, social needs will receive little consideration and GPs will perform only low-level duties, be subservient to local health politicians, and eventually progressively escape from family medicine, resulting in falling GP numbers from the loss of established doctors through retirement that will not be replaced due the falling number of GP trainees.

Academic general practice has contributed significantly to the evolving understanding of the relationships between medicine and society.

I think that this understanding is a key political point to spread worldwide the importance of teaching in undergraduate academic general practice.  National and International GPs’ Organizations with fast tier should help politically developments in other more slow Countries, at least the European ones.

EURACT is really the most active network (and Academy with a legal body) in the WONCA context. During these years EURACT worked with national representatives from 41 different European Countries to write key basilar documents for Family Medicine.

They are: the European Definition, the EURACT Educational Agenda, the EURACT Performance Agenda, the Statement on Selection of Teachers and Practices, the Checklist for Course Organizer. EURACT Educational Agenda with its core competences describes the content and the way for teaching and learning in a general practice context in such a good way that it was used by the RCGP in its official documents and is used in the European Countries where GPs are a lobby and /or the government has clever ministers.  This is not the same in all Countries and I think it is a duty for the strong national and international Academies and Organizations of Family Medicine, like the RCGP, to spread   academic general practice in each country with the obvious good consequences on family medicine and the population.

We are worrying about future quality of education and training funding and management when Family Medicine will be so under-professionalized as speciality and seen as managerism to be just supported for this aim by new providers of NHS services, diverting educational resources into services funding and educational contents shadowy   shifted to pursue marketing and their directive aims.

As EURACT Basic Medical Education Committee, we published a research on minimal teaching core curriculum in general practice to be hopefully useful to introduce a minimal homogeneity in programs but mainly to help the very slow tier countries to finally open  Family Medicine Departments and Courses for all the students in medicine, managed by the best selected GPs (7). 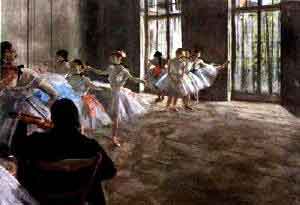