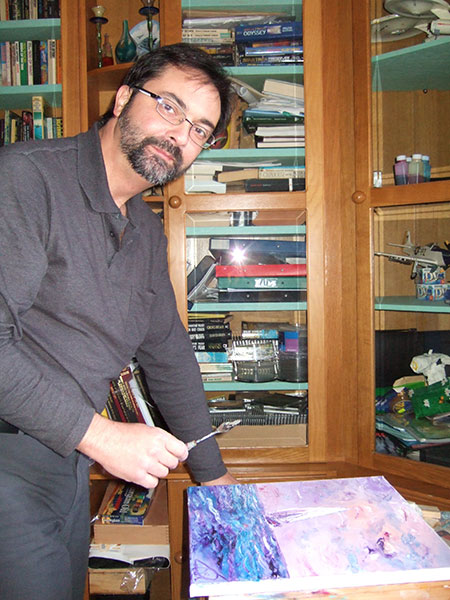 For the past issues, The Synapse has focused on meeting young medical students and once again, this interview is with a medical student who incidentally, is also one of Malta’s most promising footballers. Francesca Chircop is only 20 years old but her young age does not in any way stop her determination to succeed in two such challenging fields, both of which are highly competitive and male-oriented.

She meets me in a coffee shop and even before we make introductions I can tell that she is a very athletic person. “In my family there are three boys and myself, and  I have played football since forever – as long as I can possibly remember. It has been one of those games I always played with my brothers. When I was five years old, I started playing in a boys’ team (Hibernians F.C.), mainly because I wanted to join my brothers in the game. It was a natural progression. And I did not feel at all strange playing with other boys – for me it was a normal thing to do. I eventually joined a girls’ football team at 10 years old but became quite bored of this experience since there were only two girls’ teams at the time. This meant I was always playing against the same competitors – not much excitement in that! I managed to move back to a boys’ team but only stayed there for one year. By that time, all the boys I played football with were growing up and at that age boys become rather sexist. For them, I was the odd one out and they made me feel very much out of place, apart from the fact that they never passed a ball if they could help it!”

The fact that she attended San Andrea School seems to have influenced her decision to take up sport so wholeheartedly, or at least that is what she believes. “The school was very sports-oriented, my teachers always encouraged me to play and I was always playing with all the school teams – we had some very good teams there.” Her step into a women’s team came about after she was spotted by a scout in an interschool tournament she was playing in. The national team coach and manager of the Hibernians women’s team eventually saw her play and she impressed them enough to prompt an invitation to join both Hibernians F.C. and the under-15 women’s national football team.

Today Francesca plays both with the Hibs women’s football team in first division as well as in the Malta National women’s football team. For now Francesca is happy to be still training with the National team, waiting for the stage where she can make it to the best 18. “I find it is hard for me to make it into the National team because of my studies. With regularity, I have to miss training for four weeks at a stretch due to exams. My priorities this year after my medical course semester is finished are to win the league and to get chosen with the first 18 players on the national team.”

We steer away from discussing sports and focus on a different topic – Francesca’s medical studies at the University of Malta. Interestingly enough, Francesca is the daughter of the late Dr Karl Chircop who was also a member of parliament. She immediately mentions him and how his early passing influenced her decision regarding her future profession. “Dad passed away over five years ago and he had always inspired me. Before sixth form I kind of knew I wanted to do medicine, but I never felt like it was really my decision. Then after he died, I realised how much people  respected him and his work, and how patients used to look up to him in admiration. It was then that I made my decision and knew medicine was going to be what I would do. I want to help and make people happy like my father did.”

The fact that her older brother is now a doctor has also intensified her wish to carry on in this profession. Will she take up something related to sports medicine perhaps? “I want to be as good as my father was. Perhaps I will not become a medical doctor working in family medicine, since I really like surgery as well as psychiatry. But I still have not decided yet.”  Even whilst she loves the possibility of a hands-on specialisation, and is interested in the way the operating theatre works, she has made the wise decision to cross her bridges only when she comes to them. Nowadays what does help her is time management especially since she is undergoing training in preparation for a possible summer employment. With three more years to go at university and a lively lifestyle to keep up with, Francesca has a lot going on for her. “I’d love to make it into the national women’s football team, so that’s something I am eyeing. For the rest, I will keep on studying and let things fall in place … they somehow always do.”