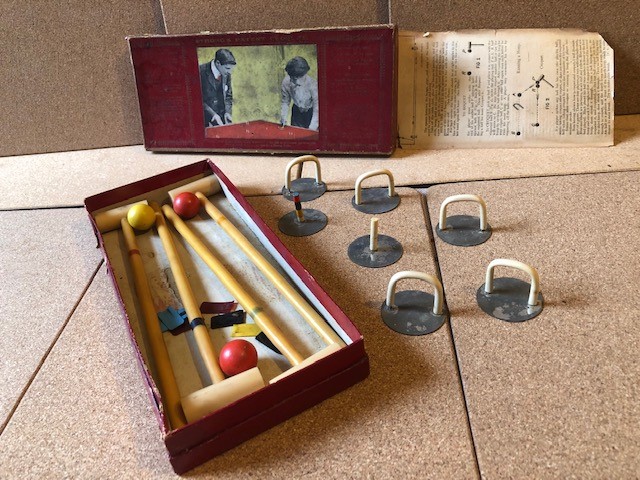 The Chambers dictionary lists croquet as a northern French dialect form of crochet, meaning a little crook. It is generally agreed that the game croquet emerged from Ireland around 1850 where it was known as crookey, a word with its root meaning as a hooked stick.  A northern European origin for the game is possibly evidenced in 17th Century. Dutch game of  beugelen ( played on an indoor clay court with foot-ball sized wooden balls and one metal ring )  and in France game of pall mall ( jeu de mail ), played with smaller balls, hoops and mallets on a strip of land, as attested by Samuel Pepys in London in 1661.

This is a Strong’s Patent Croquet for Table, ( about 1890 / 1900 )  is the correct size for a Dining Table. “I think it a most charming game”  declare Olive Henry, Lady Champion 1989 ( Lawn Game).   “Your Table Croquet is excellent for learning the methods for planning and making breaks” declare Maud F. Drommond Lady Champiom 1897 ( Lawn Game ).  In this way, they declare on wonderful lid of game box.  From Malgwyd Castle “Your Hoops are better than any I have seen” L.M.Gower.  Lady Champion 1899 – 1900-1 (Lawn Game) .

This best of  Croquet Table Games is a beautiful box which contains an instruction leaflet, 4 mallets with varnished wood handles and ivorine heads, ivorine hoops and end markers, wooden balls and metal pins attached to discs to place under the table cloth and use to secure the hoops and end markers. The instruction leaflet claims this gane “is a n ingenious adaption of the regulation lawn croquet as an indoor game. It is not a toy,  but the real game in miniature, played on an ordinary dining table with the usual table cover”. It also includes lengthy instructions on how to set the game up, how to play and score and what constitutes a foul! 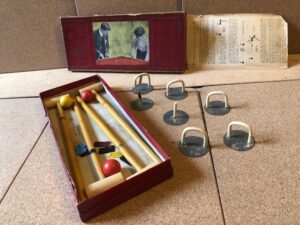 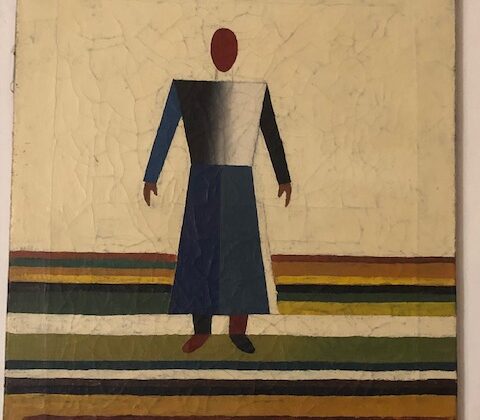 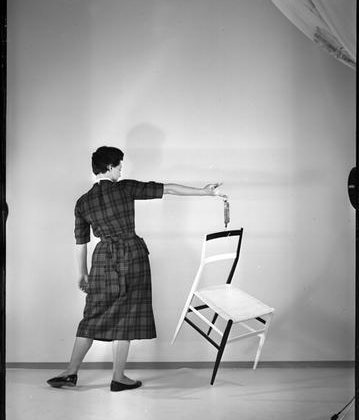