ZOTRIM HELPS YOU GET YOUR ‘DIET’ UNDER CONTROL !

Zotrim? – Helping you to Manage your Weight and Feel Full of Life
Managing your weight so that you look good and remain healthy is one of the biggest challenges we face in our modern lives. Over half of us are now overweight, with many of us desperate for help to maintain a healthy weight.
The food and drinks industry provides us with a wide variety of great tasting foods, so it is very easy to over-indulge on calorie-laden products.
But with so many of us living rather sedentary lives we no longer burn off those extra calories to keep our bodies in good condition.
Zotrim is specially designed to help you with both these issues.
Less calories in: The Zotrim formulation can make you feel full sooner during a meal and for longer after a meal so you eat and snack less.
More calories used: Zotrim can help you to feel invigorated and more energetic so that you are more active.
The excellent weight loss results illustrated in Zotrim clinical studies were achieved without advising on lifestyle changes, but with some changes to what you eat and how active you are Zotrim can be even more effective.
So let Zotrim help you to make significant changes in what and how you eat, and to be more active
Evidence for Zotrim effect on weight-loss
Zotrim is a unique and patented herbal formulation which has excellent evidence of efficacy for weight-loss and a known mode of action.  This sets it apart from all other non-medicinal weight-loss products.
Zotrim has been confirmed to be the only weight loss aid with sound scientific proof.
Investigators: C.H.S Ruxton and E.J Gardner Published: British Food Journal, 107(2), April 2005
Completed studies on Zotrim include:
1.  Placebo-controlled study on weight-loss
The effect of the Zotrim formulation on weight-loss over 45 days was investigated in a study undertaken with 47 overweight subjects aged 20 – 60. They were allocated either capsules of the Zotrim formulation or placebo capsules containing lactose and were instructed to take three capsules with a large glass of water before their main meals.

The subjects receiving the Zotrim formulation lost an average of 5.1 kilogram (11.3 pounds) compared with 0.3 kilogram (0.7 pounds) for those receiving placebo
Analysis of the data confirmed this result to be highly statistically significant.
Investigator: Torben Andersen, Lyngby, Denmark Published: Journal of Human Nutrition and Dietetics 14, 243-250, 2001
2.  Effect on weight maintenance
Keeping off weight lost is known to be difficult. A follow-on study was therefore undertaken to explore the success of the Zotrim formulation in maintaining weight loss. Twenty-two of the twenty-four subjects who had taken Zotrim formulation in the above study were provided with the preparation for a further twelve months. They were weighed monthly and instructed to take Zotrim as needed.

At the start of the period average weight was 73 kilogram (161 pounds) and at the end of the twelve month period it was 72.5 kilogram (160 pounds)
Investigator: Torben Andersen, Lyngby, Denmark Published: Journal of Human Nutrition and Dietetics 14, 243-250, 2001
3.  Consumer study on weight loss and eating behaviour
Fifty UK adult consumers wishing to lose weight were provided with Zotrim tablets* and instructed to take two Zotrim tablets with a glass of water three times a day before their main meals. Questionnaires were completed after 7, 14 and 28 days.

Average weight-loss was 2.5 kilogram (5.5 pounds) in 28 days
Over half reported they had eaten less than usual at meals
Two thirds reported they had snacked less than usual between meals
Investigator: Carrie Ruxton, Nutrition & Food Science 34(1), 25-28, 2004
4.  Gastric emptying rate study
A gastric emptying study was undertaken since stomach fullness and gastric emptying rate are known to be closely connected to eating control mechanisms. This was investigated in seven previously fasted subjects in a placebo controlled study in which the subjects took three capsules of Zotrim formulation or three placebo capsules of lactose with 20ml apple juice followed 15 minutes later by 400 ml apple juice. Gastric volume was assessed by ultrasound measurement every 10 minutes and the time to empty the stomach measured.

Average gastric emptying time was 58 minutes when subjects took Zotrim formulation compared with 38 minutes when the same subjects took placebo
Investigator: Jan Fogh, Charlottenlund, Denmark Presented: Journal of Human Nutrition and Dietetics 14, 243-250, 2001
5.  Time to fullness study
The time to perceived gastric fullness was investigated with 20 subjects taking two capsules of Zotrim formulation or two placebo capsules of lactose. Subjects were instructed to take capsules with a glass of water 10 ? 15 minutes before meals. The subjects recorded time to perceived gastric fullness during each meal and the times for three daily meals were combined.

Average combined time to gastric fullness over three meals was 35 minutes when subjects took Zotrim formulation compared with 61 minutes when they took placebo
Investigator: Torben Andersen, Lyngby, Denmark Presented: 3rd Health and Nutrition Conference, London, 2002
6.  Effect of TV viewing and Zotrim on snacking
TV viewing has been identified as a factor which may influence eating behaviour and overweight. The effect of TV viewing and Zotrim on energy intake from snack foods was explored in eleven healthy adults. Subjects took either two Zotrim tablets or two placebo tablets with a drink in the morning and before lunch. Two hours after lunch the subjects were exposed either to a TV video or to blank screen with the option of reading/studying and had unlimited access to snack foods (crisps, chocolate, sweets and soft drink). Total energy intake during lunch and snacking was measured.

Energy intake was significantly higher when subjects watched TV compared to not viewing
Energy intake when watching TV was reduced when subjects took Zotrim compared to placebo
Investigators: G Baker and A.R Leeds, Dept of Nutrition & Dietetics, Kings College LondonPublished: 3rd Health and Nutrition Conference, London, 2002
7.  Effect of Zotrim on weight loss and reduction in waist circumference
In a consumer intervention 61 overweight females took Zotrim for 4 weeks. Hunger and eating patterns were monitored by questionnaire. Both weight loss and waist measurement were taken at start, two weeks and four weeks. Waist measurement was made since this is an independent determinant of chronic disease risk.

Try ASTROGLIDE – and sex will never be the same! 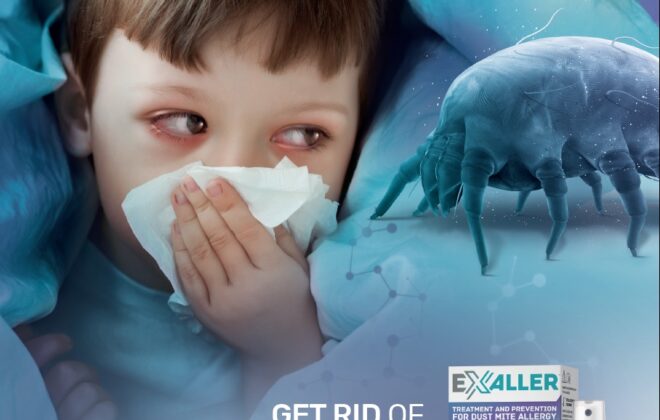 Free your patients from their dust mite allergy!