W ith the sheer breadth of emerging evidence in the field, cardiology is remarkable in its ability to evolve and grow. The Malta Cardiac Society Conference in October 2015 discussed many advances in the specialty, but especially exciting was the announcement of the introduction of bioresorbable vascular scaffolds during percutaneous coronary interventions (PCI) carried out in Malta.

The story so far

When the advent of balloon angioplasty revolutionized treatment for coronary artery disease in 1977, patients who could previously only be treated with bypass surgery began to enjoy decreased morbidity and mortality rates. However, balloon angioplasty had significant early and late restenosis risk1 which limited its long-term benefit. This led to the development of bare-metal stenting, which improved early failure rates but did not result in comparative improvement in long-term restenosis rates.2

Drug-eluting stents (DES) were a big step forward in terms of late restenosis risk. The landmark RAVEL study in 2002 showed significantly lower late luminal loss in sirolimus-coated stents compared to bare-metal stents, with a major cardiac adverse event (MACE) rate of 5.8% in the drug-eluting stent group compared to 28.8% in the bare-metal stent group.3

However, DES have been fraught with difficulties that belie their initial reception as life-saving for patients with coronary artery disease. Their comparatively rigid metal design has been shown to alter normal coronary flow dynamics due to impaired vasoconstriction. Moreover, the exposed metal framework in incompletely endothelialised stents is thought to lead to chronic inflammation which in turn leads to more delayed restenosis rates, with 10% needing repeat revascularization at 5 years.4

The new kids on the block

Bioresorbable vascular scaffolds (BVSs) were born out of a need for better reperfusion techniques. Most models are made out of a flexible braided mesh of poly-L-lactic acid polymer (PLLA) or bioresorbable metal alloys coated with everolimus, and are reabsorbed completely within 5 years after deployment.5

The temporary nature of scaffolds is thought to confer a significant advantage in terms of restenosis rates as scaffolds are designed to be completely endothelialised before dissolving, leading to reduced local inflammation and restenosis while the artery slowly heals. The ABSORB-STEMI TROFI II clinical trial, published in September 2015, compared 6-month healing response rates between DES and BVS in patients undergoing primary PCI in ST-elevation myocardial infarction. Results showed that there was no difference in arterial healing between both groups at 6 months, proving non-inferiority of bioresorbable scaffolds in this regard.6

Moreover, the ABSORB-III clinical trial is currently underway, designed to prove superiority of BVS compared to conventional everolimus-eluting metal stents in elective PCIs for stable and unstable myocardial ischemia.7 This large-scale, multicenter randomized trial aims to determine the difference between BVS and DES groups with a primary endpoint of target lesion failure, defined as restenosis, myocardial infarction in the relevant territory, and cardiac death. The first results are expected next year, but are expected to show optimistic findings with respect to BVS.

The use of dual antiplatelet therapy with aspirin and a P2Y12-receptor inhibitors, such as clopidogrel and prasugrel, has long gone hand in hand with cardiac stenting in order to prevent restenosis. With the finite lifespan of scaffolds, one could postulate that antiplatelet therapy may possibly be stopped at an earlier stage, especially in patients with high bleeding risk.

However, even with their short lifespan and superior endothelialisation, there is still a risk of thrombosis with scaffolds, especially if they have not been properly implanted.8 Furthermore, early discontinuation or absence of antiplatelet therapy has been shown to be associated with scaffold thrombosis.

The current consensus is that at least 6-12 months of dual antiplatelet therapy are needed after BVS insertion,9 followed by lifelong aspirin. However, the kind of device used together with patient preference and bleeding risk play an important role in choice of therapy.10

Limitations and gaps in evidence

While BVS is being touted in some circles as the future of PCI, the reality is that the technology is far too young for us to really tell what will happen. Even though evidence is slowly starting to mount and the picture is becoming clearer with respect to short- and long-term advantages and disadvantages of the devices, there are still lacunae in our knowledge.

An obvious presumed limitation is the use of more fragile scaffolds in tough, calcified arteries as opposed to metal stents – evidence regarding efficacy in this regard is particularly limited.

There is also a lack of large studies on outcomes in patients who need repeated PCI. Scaffolds would in theory lend themselves better to situations where repeat revascularization is needed, avoiding the “full metal jacket” that is unfortunately all too common in patients with uncontrolled ischaemic heart disease.

Although studies have mostly focused on the insertion of scaffolds in ST segment elevation MI and chronic ischaemic heart disease, patients with chronic total occlusion have mostly been sidelined. There are some small, single-centre studies that indicate that BVS shows promising results in chronic total occlusion,11 but there is a glaring lack of robust multicenter randomized controlled trials.

BVS are incredibly promising, but there appear to be limitations to their use. The 2014 European Society of Cardiology guidelines on Myocardial Revascularisation12 do not give more than a brief overview about scaffolds and are cautious about indications for use, pending randomized controlled trials. Certainly, however, the introduction of bioresorbable scaffolds in the Cardiac Catheterisation Suite in Malta marks the beginning of a new chapter in PCI and as newer evidence emerges, we will see exactly where these novel devices fit in the bigger picture.

The Cholesterol Controversy – The Series 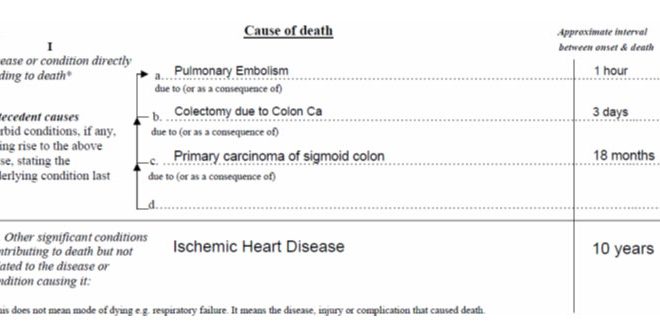