Home > TheSynapse Online > Library > TheSynapse Magazines > Articles > 2015 > Issue 3 - 2015 > US vs Europe: are there any major differences in ethical standards?

US vs Europe: are there any major differences in ethical standards?

A recent survey1 involving over 21,000 physicians highlights differences in practice between American and European doctors. The following is a summary of the major findings. It shows the proportion of doctors who agree with the given statement.

1. European doctors are more prepared to massage the risks to a patient in order to obtain consent to a treatment they believe is useful (Europe 28% compared to 10% in US).

2. More European doctors believe that life support is being withdrawn too soon (25 vs 14%).

3. European doctors more often do not report domestic abuse when they suspect it is happening (20 vs 11%).

4. A small proportion of doctors would still give life-sustaining therapy even when considered futile (21 vs 19%).

5. Perhaps the greatest disparity between the two groups related to whether they would go against a family’s wishes and continue treating a patient who they considered had a chance of recover (55 vs 22%).

6. Nearly half of the doctors stated that physician-assisted suicide should be allowed, although this issue was less popular with European doctors (41 vs 54%).

7. The question of whether one should cover up a mistake was also tackled. The response depended on whether this would harm the patient or not. If not, there was a considerable proportion of those who agreed, particularly European doctors (37 vs 19%). On the other hand, very few agreed with this statement (9 vs 3%) when there was a likelihood of harm resulting to the patient.

8. One relevant and important issue dealt with the provision of expensive intensive care to a baby who has a high likelihood of dying or have a terrible quality of life. About a third of respondents (32 vs 31%) responded in the affirmative, with no difference between the two groups.

9. Likewise, should one reserve costly or scarce medication for younger rather than older people? One-fourth of doctors (26%) answered in the affirmative, with no difference between the two groups.

10. In relation to difficult patients, those who demand treatment even when not required, several doctors (37% and 42% respectively) said that they would prescribe a placebo or an innocuous treatment.

11. One issue which is very relevant to local practice relates to whether one would hide information relating to a terminal diagnosis, with the aim of not frightening the patient. Many more European than US doctors said that they would do so (46 vs 21%).

12. A ticklish question: is it ever acceptable to become involved in a romantic or sexual relations with a patient? Only a few percent (5 vs 1%) agreed with this. Several others qualified this by stating that it would be acceptable 6 – 12 months after ending the medical relationship.

13. One major issue relates to the role of the doctor as ‘big brother’. A question analysed whether one would report a doctor friend or colleague who seems to be impaired by drugs, alcohol or illness. Far fewer doctors from Europe would do this compared to US doctors (45 vs 77%).

14. The role of the family in controlling a patient’s life is very much an issue within the Maltese community. A question asked whether you would withhold information from a patient if a relative asks you to do so. Although only a minority stated that they would do so, there were twice as many European doctors who would do so compared to US doctors (23 vs 12%).

15. Should smokers, obese patients and those engaged in unhealthy behaviour be made to pay more for health insurance, etc . Many agreed that this should be so (58 vs 69%).

16. Another very important public health issue relates to whether you would breach patient confidentially and report a patient suffering from a condition (e.g. a communicable disease) which could harm others. The majority said that they would, with more US doctors being prepared to do this (57 vs 66%).

17. Would you accept payment or other inducements (e.g. lunches) by drug representatives without it influencing prescribing habits. About half of respondents responded in the affirmative (52 vs 59%).

18. Finally, should physicians be randomly tested for drugs or alcohol abuse. Many more European doctors agreed with this compared to US doctors (56 vs 39%). A number of other questions were asked (e.g. about abortion, etc) which do not appear relevant to the situation in Malta.

In summary, one could say that European doctors appear to be more conservative and more paternalistic than their US colleagues. They are more likely to be guided by demands from their patients and their relatives, and they are more likely to go softly in giving bad news to a patient. It would be interesting to see how far Maltese doctors would follow the example of their European colleagues, or even if they would be more conservative? A survey of this nature would be of interest. 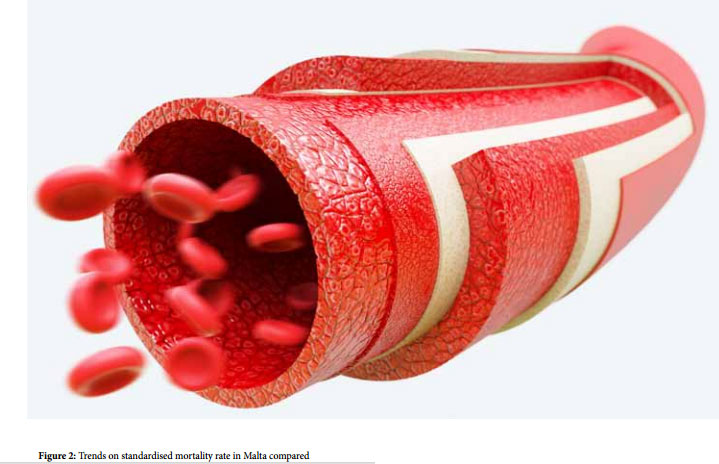