Diffuse parenchymal hepatic diseases usually represent a failure in a hepatic metabolic pathway and can be categorized as storage, vascular, and inflammatory diseases.

This article discusses the role of computed tomography (CT), in the evaluation of diffuse liver disease. The prominent role of CT is primarily defined by its capability for excellent morphologic visualization. CT evaluation of the liver always includes non-contrast-enhanced and contrast-enhanced scans; iodinated contrast material injected as a bolus via an intravenous route helps demonstrate normal and abnormal vascular anatomy and tissue perfusion of internal organs at CT.

Besides quantification of segmental or homogeneous liver attenuation, further valid indications for nonenhanced hepatic  CT include, the search for calcifications in clinical scenarios such as calcified metastases of mucinous adenocarcinoma or postinflammatory calcifications in cases of alveolar echinococcosis. Furthermore, unenhanced  CT can help detect intrahepatic  CT–opaque bile duct calculi. Subcapsular or parenchymal hemorrhage can also be identified in cases of trauma. Visualization of the distribution pattern of Lipiodol, an iodised oil used for intraarterial embolization of liver tumors is another indication for nonenhanced hepatic  CT.

Blood circulation in the liver is based on two major components: the hepatic artery and portal vein. Because of this dual-source hepatic blood supply, the patterns of extracellular parenchymal contrast material uptake and the associated changes in tissue attenuation over time follow a complex multicompartmental model. The overall hepatic perfusion cycle can be separated into three idealized perfusion phases: (a) arterial phase, (b) redistribution or portal venous phase, and (c) equilibrium or hepatic venous phase. 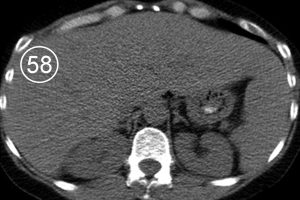 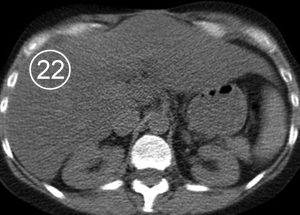 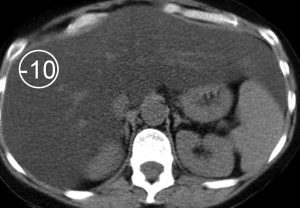 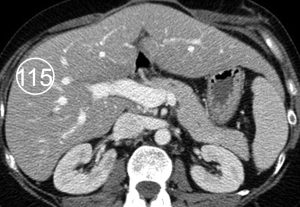 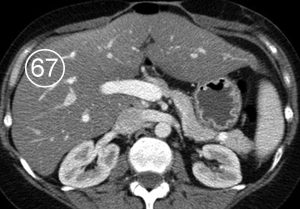 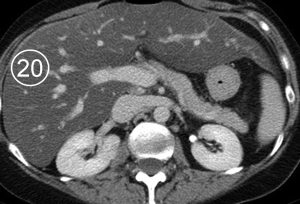 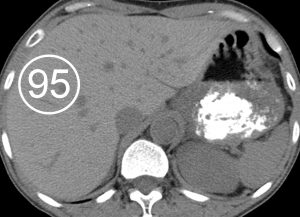 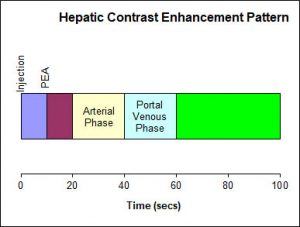 The RAF and beyond

Who is the future general practitioner?