Ultrasound is an excellent tool for rapidly locating an inguinal testis (Fig 10). For more proximal (intraabdominal) locations, computed tomography and magnetic resonance imaging are required. Ultrasound shows the size and texture as well as the vascularity of an inguinal testis; these features are important since there is an increased incidence of testicular cancer (2 to 8 times normal) and of testicular torsion in undescended testes.

A potential pitfall in young boys is the presence of a retractile testis. Retractile testes can be manually reduced to scrotal location whereas undescended testes cannot; this is readily established with ultrasound.

Classically, a hydrocoele is a fluid collection contained within the tunica vaginalis that surrounds the testis (Fig 11). However, this may communicate with the peritoneal cavity through a patent processus vaginalis (Fig 12). Any segment of the processus vaginalis may persist and distend with fluid resulting in cysts located along the inguinal canal. Testicular hydrocoeles are most commonly seen in older men and are most likely the result of ascending infection through the vas deferens and are possibly related to prostatic enlargement. However, hydrocoeles are seen in association with testicular torsion and testicular neoplasms, conditions that are readily detected by ultrasound.

Varicocoeles are distended (varicosed) testicular veins that are seen in the inguinal canal and scrotum. The cut-off diameter for detecting venous distention is 2-3mm. Any veins that are wider are considered varicocoeles (Fig 13). Varicocoeles are most commonly primary and are the result of incompetent testicular venous valves causing increased back pressure within the testicular veins from the intraabdominal veins. Secondary varicocoeles occur because of intraabdominal venous obstruction or compression by a retroperitoneal neoplasm. A newly diagnosed varicocoele should prompt imaging of the retroperitoneum to exclude this possibility.

In women, the testicular vein equivalents are the veins of the round ligament; round ligament varices are also known to occur (Fig 14). These are most common during pregnancy and are more likely to present with acute pain than the male variety.

Other Conditions of the inguinal canal

Corditis (inflammation of the vas deferens), endometreous deposits and benign tumours in the inguinal canal (lipomas, leiomyomas, lymphangiomas and cystadenomas) are uncommon conditions that are readily detected by ultrasound.

However, malignant lesions such as sarcomas and lymphoma are not uncommon and detection of a solid mass in the inguinal canal should prompt biopsy. This also holds true for suspicious regional lymphadenopathy. Enlarged (>1cm), rounded lymph nodes that do not demonstrate a central echogenic hilum require percutaneous biopsy (Fig 15). Flat elongated lymph nodes with wide central hila may be observed as they are usually reactive nodes secondary to inflammatory disease in the area of lymphatic drainage (Fig 16).

Many pathologic conditions can affect the inguinal canal. Ultrasound proves an invaluable tool for the detection and characterization of disease processes at this site. Knowledge of the ultrasound findings of these disease entities can lead to efficient and accurate management without the use of ionizing radiation or complex imaging modalities. 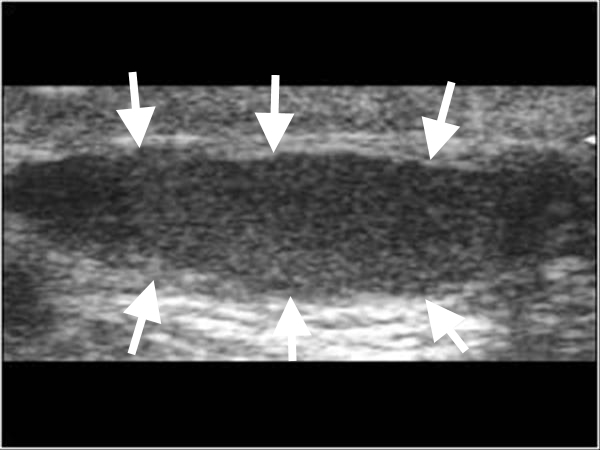 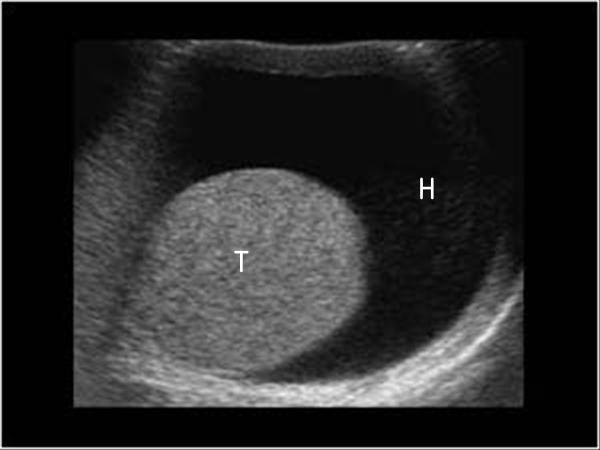 Figure 11. Ultrasound scan through the scrotum showing the testis (T) surrounded by a hydrocoele (H).

Figure 12. Ultrasound scan along the length of the inguinal canal showing a persistent canal of Nuck (arrows). 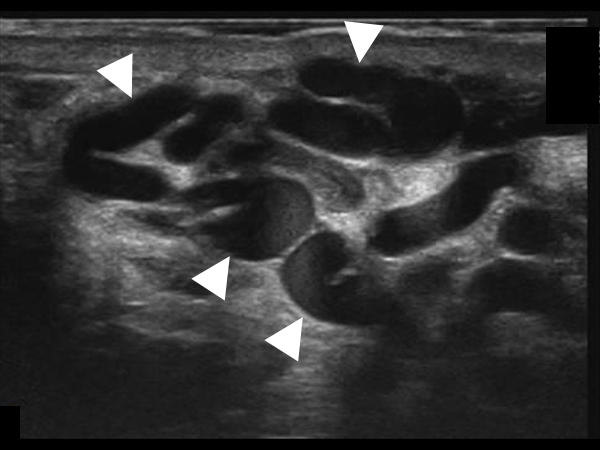 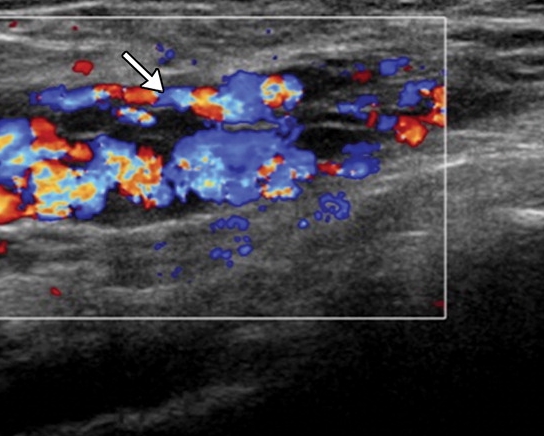 Figure 14. Doppler ultrasound scan showing a varicocoele of the round ligament as numerous distended veins (arrow) in the inguinal canal in a woman, who was in her third trimester of pregnancy. 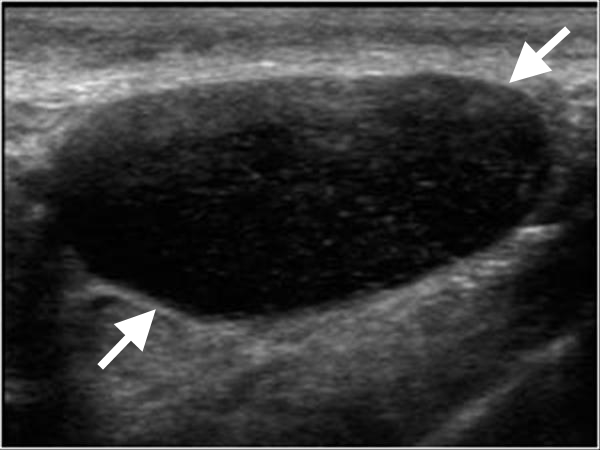 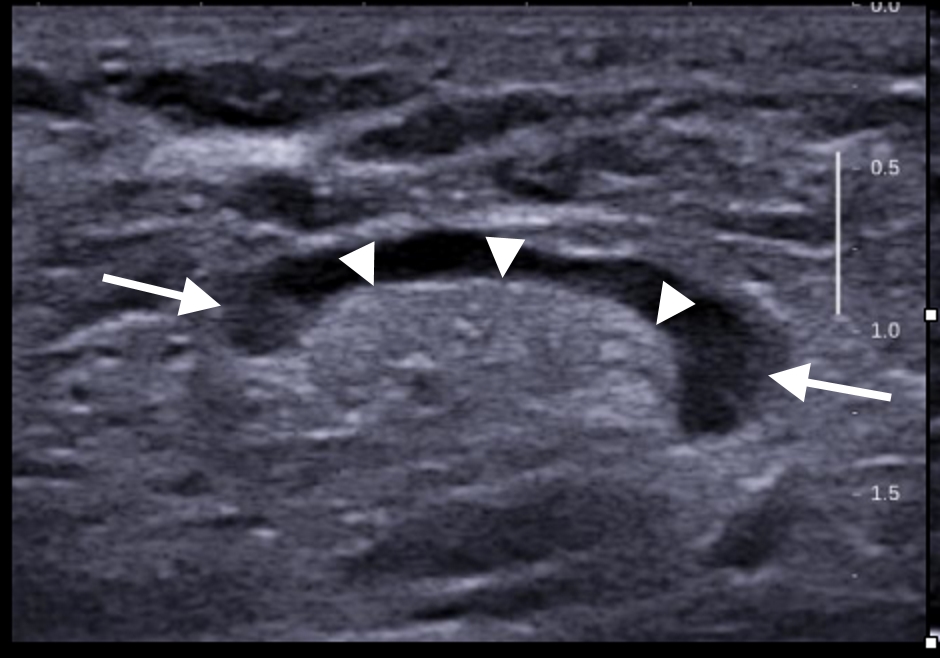 ‘Equal opportunity … more than anything means a great education’ … 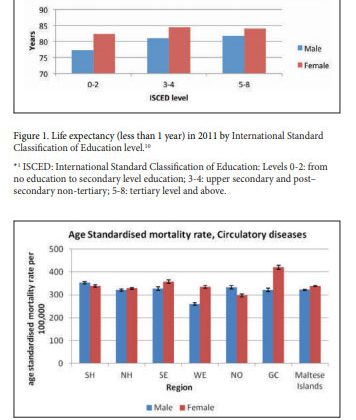 Impact of Social Determinants on Health in Malta