The research-based pharmaceutical industry considers that price differentiation between EU Member States could greatly improve affordable patient access to innovative medicines in those markets where there is a significant access problem.Adapting prices of pharmaceuticals to reflect the ability to pay in different geographical or even socio-economic segments can offer a win-win situation in terms of generating dynamic efficiencies that contribute to both the sustainability of healthcare systems and the pace of innovation. Yet today’s pricing and reimbursement practices have the effect of discouraging price differentiation. Member State action and support from the European Union are required to create a framework to enable and encourage voluntary recourse to differentiated pricing.

·         Member States to take reasonable measures to facilitate the introduction of effective differentiated pricing policies that reflect variations in ability to pay at national level.  The need for greater solidarity in tackling growing health inequalities in Europe means that there are a number of preconditions to the successful introduction of differentiated pricing:

·         Provided these preconditions are satisfied, the Commission could usefully support the piloting of measures enabling differentiated pricing in a selection of countries where access is particularly poor or where the institutional framework readily permits such measures

·         A broader debate is required at EU level to ensure that the impact of national price controls is limited to the national territory (as articulated in Recommendation VI of the 2002 G10 Medicines Report and in Recommendation 9.2 of the Final Report of the High Level Pharmaceutical Forum), for example, to allow for market-based pricing for products other than those actually dispensed and reimbursed through public funding.

Adapting prices of pharmaceuticals to the purchasing power of patients and consumers in different geographical or socio-economic segments can improve access to and affordability of life-saving medicines in both the short and long term.  It can be effective as part of broader efforts to ensure that healthcare systems are sustainable.  It is relevant in the European context where the gaps between GDP and healthcare spend per capita and access to the latest innovative medicines have been widening and are significant.

Yet the main obstacle to benefiting from the efficiencies arising from differentiated pricing is the threat of trade diversion from low priced to high priced countries.  According to OECD, differentiated pricing is “…increasingly not possible in an era of freer trade and external price referencing. This may well result in problems in the availability and affordability of some medicines in some countries, both within and particularly outside the OECD, unless policy makers change pricing and reimbursement policies to adapt to the new market dynamic.”

Europe-wide solidarity is required in order for differentiated pricing to be a potential solution to growing health inequalities.  Ramsey pricing implies that wealthier nations are willing to pay a price reflecting the value of innovative medicines and resist the short-term static gains to be had from arbitrage or referencing low price markets.  At the same time, patients and healthcare systems in poorer countries have access to medicines specifically priced for patient groups who would not otherwise be able to afford them. Low priced medicines specifically provided for these markets should not be diverted to more affluent populations for which they were not intended.

The merits of differentiated pricing as well as the drawbacks of international reference pricing have been debated in various discussion platforms involving patients, public health officials, EU and national policy makers, stakeholders and industry. Discussion platforms include inter alia:

·         The G10 and the High Level Pharmaceutical Forum that each recommended the adoption of the principle of non-extraterritoriality of national price controls invited the Commission and the Member States to “secure the principle that a Member State’s authority to regulate prices in the EU should extend only to those medicines purchased by, or reimbursed by the state“[3]

·         The Tajani ‘Access to Medicines in Europe’ Working Groups (Small Markets, Managed Entry Agreements, Orphans) have made strong recommendations to explore the concept of differentiated pricing in order to improve access in small markets

·         The Belgian government has expressed willingness to follow through on the December 2010 Health Council conclusions adopted under the Belgian Presidency to examine approaches to facilitate access to valuable innovative medicines throughout the EU: see the non-paper on differential pricing presented at the July 2013 Informal Health / EPSCO Council

·         Strong advocacy by some patient organisations, in particular EURORDIS (orphans).

The time is ripe for action.

Policy Principles for the Establishment of a Framework Allowing Differentiated Pricing

To be effective in ensuring broader access to patients, any differentiated pricing proposal must reflect the following basic principles.

Differentiated prices cannot be achieved by formulaic determinations but by decentralised negotiations between pharmaceutical manufacturers and healthcare systems. For differentiated pricing to be feasible in Europe for as long as Member States retain international reference pricing, it is essential that discounts, rebates or price volume agreements and other contract terms (such as claw back mechanisms, risk sharing agreements and managed entry schemes) are not disclosed.  They are a normal feature of most commercial transactions.  Protecting their confidentiality offers a stop-gap rather than a sustainable long-term solution, but they are nonetheless important in order to facilitate the differentiation of sales prices according to a purchaser’s ability to pay.

The Transparency Directive does not require transparency of net prices actually paid.  Requiring such disclosure would risk a convergence of price levels within a narrower band than exists today.

In order to achieve affordability and more equal access to healthcare in Europe in the short term, Member States should encourage voluntary differentiated pricing arrangements that reflect different demand conditions in any given national market, including, but not limited to, the ability to pay.

Pricing and reimbursement decisions ought to balance affordability and value in each market.  Whilst the Transparency Directive requires pricing to be objective, international price referencing is not an objective system. It has significant distortive effects within and beyond Europe, effectively importing budgetary considerations from other markets that are at different levels of economic development.

Member States should revisit their respective reference schemes to build in more objectivity and explicitly recognise the benefits of greater solidarity in achieving equal access to healthcare.  How this is implemented can vary from one country to another but, unless and until this issue is addressed, differential pricing is unlikely to be effective.

The distortions created by international reference pricing can at least be minimised if price regulation is limited to reimbursable products and a number of guiding principles are applied.  Competent authorities should compare prices of similar countries with similar wealth but also similar epidemiology, similar medical practice and/or similar health priorities.  They should rely on the average price in similar countries and not the lowest and compare ‘like with like’ (for instance, by comparing cost per day of therapy, by taking into consideration the different distribution margins or tax regimes in order to compare prices at similar (ex factory) levels.  They should acknowledge, at a minimum, that emergency price reductions in countries worst affected by the economic crisis should not be used as reference prices for the determination of prices or reimbursement levels of medicinal products in other countries.

4.      Member States Should Act Within their Pricing Discretion to Ensure Better Access for Patients

Member States must fully avail of their competencies to ensure better access and patient welfare. They are entitled to ensure that the impact of national price controls is limited to the national market, for example, by allowing market-based pricing for products not actually dispensed and reimbursed through public funding.  They are equally entitled to foresee measures to ensure security of supplies. 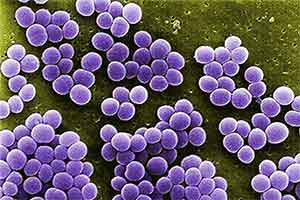 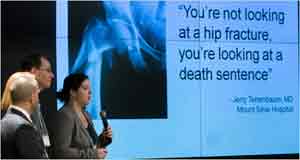