Statins are known to reduce the risk of further problems in patients of any age who have already suffered heart problems or stroke. However, until now it has not been clear how effective their use is in preventing such events occurring in healthy people aged 75 and over, with no previous history of cardiovascular disease.

Now, a nationwide study of 120,173 people in France, who were aged 75 between 2012 and 2014 and had been taking statins continuously for two years, has found those who stopped taking their statins had a 33% increased risk of being admitted to hospital with heart or blood vessel problems during an average follow-up period of 2.4 years.

The study, which is published in the European Heart Journal, is the first to evaluate the impact of discontinuing statins taken for primary prevention in older people. Dr Philippe Giral, an endocrinologist specialist in prevention of cardiovascular disease at Pitié-Salpêtrière Hospital (part of Assistance Publique-Hôpitaux de Paris), Paris, France, who led the research said that although further, randomised studies are needed before guidelines can be updated, he would advise elderly people who are taking statins to prevent cardiovascular disease to continue taking them.

The researchers analysed data from the French national health insurance claims database and information on hospital diagnoses and clinical procedures. They were able to get comprehensive information on statin use, especially as statins are available by prescription only, for the whole of the French population. They looked specifically at all patients who had turned 75 between 2012 and 2014, who had been taking statins for at least 80% of the time in the previous two years. They included only people with good cardiovascular health in the analysis. They excluded all those who had been diagnosed with cardiovascular disease and anyone who was taking other medications to treat or prevent heart or blood vessel problems.

The researchers followed the 120,173 patients for a maximum of four years (an average of 2.4 years). During this time 14.3% (17,204 people) stopped taking statins for at least three consecutive months, and 4.5% (5,396 people) were admitted to hospital for a cardiovascular problem.

Dr Giral said: “We estimated that an extra 2.5 cardiovascular events per 100 people would occur within four years among those who discontinued their statins at the age of 75 years compared to those who continued taking their statins.”

The researchers stress that this is an observational, retrospective, non-randomised study and therefore cannot show that discontinuing statins can cause a heart attack or stroke, only that it is associated with it. However, they say that extensive health-related patient information was used to improve their estimates of the association and their results are consistent with the known relationship between cholesterol levels and cardiovascular risk.

Co-author of the study, Professor Joël Coste, epidemiologist at Cochin Hospital, said: “While we wait for results from randomised controlled trials, carefully conducted observational studies such as this can provide useful information for doctors and patients, and can contribute to establishing more precise guidelines on the use of statins for primary prevention in the elderly.”

The researchers found an unexpectedly low statin discontinuation rate (14.3%) among the people they studied, but believe this is probably due to the fact that they included only people who had been taking statins continuously for the previous two years. A recent meta-analysis of data from 40 countries found a 40% non-adherence rate among statin users aged 65 years and older [1], and the overall French population of 75-year-olds, from which the people in this study were derived, had a similar rate of non-adherence among statin users: 44% had not taken statins for at least 80% of the time in at least one of the preceding two years.

People discontinue their statin treatment for a number of reasons, not all of which are known. In this study the researchers identified reasons such as other health problems, cancer, admission to hospital, or changes in daily care (such as admission to a nursing home, problems with feeding). Adverse side effects can also be a reason why people might stop taking statins.

Limitations of the study include the fact that statin use was defined by prescriptions dispensed, although the researchers point out that as the patients regularly had prescriptions dispensed to them, they would be unlikely not to take the medication; the researchers did not have information on patients’ socio-economic status, their lifestyles, cholesterol levels at the start of the period being studied, tobacco use, obesity and frailty; and they did not have precise information on the reasons why people stopped taking statins.

Pharmacy Of Your Choice – Patient-Centred Service By Community Pharmacists 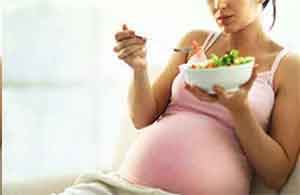 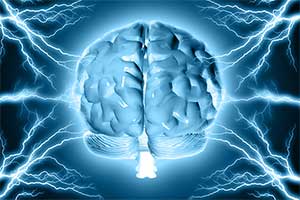 Buzzing the brain with electricity can boost working memory