Chronic low-level subclinical inflammation is an established risk factor in the development of insulin resistance, endothelial damage and atherosclerosis. The obesity-associated insulin resistance in adipose, liver and muscle tissue is promoted by a switch in macrophage activation driven by transcription factors that play crucial roles in innate immunity. This review discusses the evolutionary link between body defense mechanisms and insulin resistance.

Inflammation and Metabolism at the crossroads of evolution

The ability to mount an effective immune response to pathogens, heal tissue damage and fight infection (pathogen-sensing), as well as the ability to store energy to withstand starvation (nutrient-sensing) is critical for the survival of all multicellular organisms. Metabolic and immune pathways are highly conserved, closely interlinked and interdependent, with many hormones, cytokines, transcription factors and bioactive lipids functioning in both the metabolic and immune roles2. The close interplay between metabolism and immunity is vital for the maintenance of good health – with both overnutrition and malnutrition effecting immune function. Overnutrition and caloric excess lead to immune activation and susceptibility to inflammatory disease (T2DM, atherosclerosis, fatty liver) while malnutrition leads to immunosuppression. As famine and disease pandemics have been constant threats to human health for thousands of years, it is hypothesized that they favored the evolutionary selection of strong immune responses and calorie thriftiness3. The combination of these traits has led to the evolution of a physiology that is highly efficient in processing and storing energy and at mounting a powerful, and at times over-sensitive, immune response.

The interrelationship between immunity and metabolic pathways has robust evolutionary underpinnings.  In lower organisms, the functions of adipose tissue, hematopoietic tissue and the liver are incorporated into one structure – known as the fat body in Drosophila4. The fat body coordinates metabolic and survival responses. Possibly, the shared developmental heritage of liver, adipose and hematopoietic tissue underlies the overlapping biological roles of these organs and the use of common regulatory and signaling molecules5. In this context, evolutionary theory suggests that nutrients act on pathogen-sensing systems to trigger metabolically-induced inflammatory responses.

The architectural organization of the liver and adipose tissue in mammals is similar. In both, the active metabolic cell (hepatocyte and adipocyte) is in close structural proximity to immune system cells (Kupfer cells, macrophages, lymphocytes and dendritic cells) and to the circulation. The histological organization of the liver and adipose tissue allows continuous and dynamic interactions between metabolic and immune responses through soluble mediators that act on distant organs, including muscle and cells of the endocrine pancreas6.

The integration of metabolism and immunity is advantageous in adverse situations, where stress and inflammatory responses to injury or infection block major anabolic pathways (such as the insulin/insulin-like growth factor (IGF) signaling) to divert energy from biosynthesis6. None of these pathways has however evolved or adapted to situations of continuous calorie surplus. Calorie excess and metabolic overload disrupt the delicate balance between inflammatory and metabolic signaling and lead to detrimental effects on health.

Elevated levels of proinflammatory cytokines and acute phase reactants characterize the chronic inflammation that is part of the pathophysiology in obesity and metabolic syndrome. Experimental, epidemiological and clinical evidence causally links inflammation and inflammatory regulatory networks to the development of insulin resistance, obesity and their downstream consequences7,8.  The first clear link between obesity, diabetes and chronic inflammation was proposed by Hotamisligilet alin1993, who showed that tumor necrosis factor alpha (TNFα) is overexpressed in adipose tissue of obese mice9. TNFα is a proinflammatory cytokine that regulates many cellular pathways. Obese mice lacking in TNFα have improved insulin sensitivity and glucose homeostasis10,11. TNFα is also overexpressed in muscle and adipose tissue of obese humans, and exogenous administration of TNFα leads to insulin resistance12,13,14. Furthermore, TNFα antagonists used in the management of rheumatoid arthritis have been shown to reduce insulin resistance15. Numerous other cytokines and inflammatory mediators are overexpressed in human and animal models of obesity. In particular, interleukin 6 (IL6), macrophage migration inhibitory factor (MIF) and interleukin-1Beta (IL1β) are associated with insulin resistance. As inflammatory mediators exert their effects through complex interrelated pathways, a measure of the relative contribution of each mediator, is, at best, only an estimate.

The role of adipose tissue in the inflammatory response

Adipose tissue is largely responsible for the initiation, maintenance and progression of the inflammatory response in obesity. Besides functioning as an energy storage depot, adipose tissue secretes peptide hormones, cytokines and chemokines that act in an endocrine or paracrine fashion. Adipocytes secrete adipokines, such as adiponectin and leptin that increase insulin sensitivity as well asresistin and retinol-binding protein 4 (RBP4) that increase insulin resistance. Adipose tissue is infiltrated with bone marrow-derived macrophages, with the density of these adipose tissue macrophages (ATMs) dependent on the degree of obesity. The number of ATMs has been shown to correlate with the degree of insulin resistance16.

In insulin-resistant skeletal muscle and adipose tissue, inflammatory cytokines TNFα, IL6 and IL-1β exert paracrine effects to activate inflammatory pathways. These cytokines lead to activation of Jun N-terminal kinases (JNK), inhibitors of κ B kinase β (IκKβ) and other serine kinases. The active kinases in turn activate transcription factor targets (c-Fos/c-Jun) and nuclear factor κB (NF-κB) that stimulate transcription of inflammatory pathway genes17. These activated serine kinases also interact with insulin receptor and insulin receptor substrate proteins (IRS) to interfere with the normal post-receptor insulin-signaling cascade, leading to insulin resistance. Further evidence for this cytokine-mediated insulin resistance came from experiments where knockout of JNK and IκKβ prevents insulin resistance in cell or mouse models of disease18. Besides the local paracrine effect, IL6, TNFα and IL1βalso exert endocrine effects as these tissue cytokines leak into the circulation to exert insulin resistance in distant tissues9. Adipose tissue macrophages exhibit different phenotypes according to the degree of adiposity. ATMs in lean non-obese individuals are anti-inflammatory (M2 macrophages); as opposed to ATMs in obese individuals that express pro-inflammatory genes (M1 ‘classically-activated’ macrophages). In non-obese, insulin-sensitive conditions, adipocytes secrete factors that trigger alternative activation of macrophages. These secrete anti-inflammatory mediators. The obesity-induced changes in adipocyte gene expression triggers release of proinflammatory cytokines (TNFα, MCP-1) that lead to recruitment and activation of macrophages. The activated M1 macrophages produce and secrete copious quantities of proinflammatorymediators, including IL6, TNFα, IL1β and resistin that sustain an insulin-resistant state in adipocytes and establish a positive feedback loop that further enhances insulin resistance and inflammation. M1 macrophages (CD11c+) account for the majority of ATM content in obese individuals, and ablation of these cells has been shown to ameliorate the obesity/high-fat diet-triggered inflammation and insulin resistance19.

Given the crucial role of inflammation in the pathogenesis of insulin resistance and type 2 diabetes, a number of studies have investigated anti-inflammatory pharmacologic interventions as potential therapies in insulin resistance. Human trials with etanercept (a recombinant antibody that blocks TNFα activity) have failed to improve insulin resistance in subjects with metabolic syndrome25. This could possibly be due to the discrepancy in TNFα levels between the circulation and adipose tissue. TNFα mainly exerts its biological actions in a paracrine effect. Large molecule TNFα antagonists do not penetrate interstitial space effectively to neutralize the paracrine action of this cytokine, despite inhibiting circulating TNFα action.

Anakinra, a recombinant non-glycosylated form of interleukin-1 receptor antagonist (Il1-RA), has been shown to improve insulin sensitivity and beta cell function in T2DM patients26. High dose salicylate has also been shown to improve insulin sensitivity in T2DM via inhibition of IκKβ27. Anti-inflammatory agents that act selectively on pathways that drive insulin resistance offer a promising therapeutic potential for T2DM. 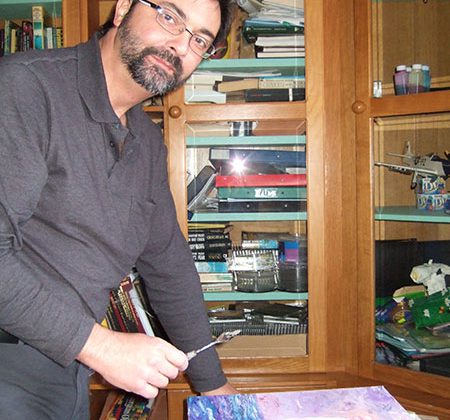 Has nutritional science been misinterpreted?