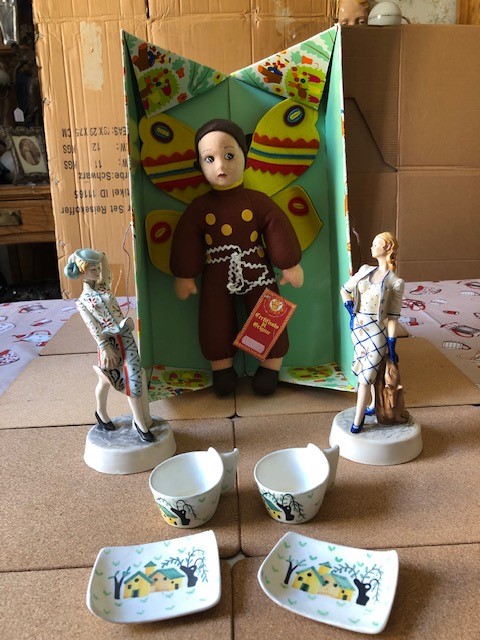 On April  23rd 1919, Enrico Scavini filed the trademark  “LUDUS EST NOBIS CONSTANTER INDUSTRIA” whose acronym is LENCI, for “toys in general, furniture, furnishings and kits for children”.   On July 22nd 1920, he filed the trademark “LENCI” for “toys, dolls, puppets, packages, articles of clothing”.  It seems that the acrostic was artfully coined by Ugo Ojetti and Ignazio Vacchetti, moving from letters that make up the name “Lenci” diminutive of  Helen König (Elenchen, as was named by her father and that she pronounced LENCI), the artist and author of the first dolls, as well as the wife of Enrico Scavini.

The factory Lenci there would soon become a meeting point for artists and a hotbed of ideas for the development and creation of dolls and puppets and later also artistic ceramics. Lenci dolls did not only reproduce children, but also figures with regional or ethnic costumes.  The great success of these amazing felt dolls earned numerous awards to the Lenci company during the various international exhibitions in Zurich, Paris, Rome or Milan.

The magazines of the time testify the artistic value of the ceramics Lenci: in  1929, the magazines Domus  and  Casabella publish images from many Lenci ceramics, with long articles.    The ceramics soon received a good success and infused the factory with new lifeblood, but unfortunately the sales results are not enough to raise the company’s financial situation, as evidenced by the 1929 crisis.  Due to heavy insolvencies by customers and distributors in the early Thirties, when Lenci had over six hundred employees, and later also due to the sanctions imposed on Italy with the Ethiopian war, the situation of financial suffering unfortunately worsens.

In 1933, the couple Scavini sell some company shares to  Pilade Garella, accountant who had worked for Scavini since the end of 1920s.   In 1934, Sandro Vacchetti leaves Lenci and opens his own ceramic factory which takes the name of Essevi, from the artist’s initials.  In 1937, Pilade Garella, buy all shares of Lenci, leaving the artistic direction a Elena Koning. Who will leave after her husband’s death, in 1938.

In 1940, Garella  gives the artistic direction to Mario Sturani, whi will be working for Lenci  for over twenthy years, mantaining operative the factory, despite the difficulties and the bonbings during the Second World War.

Beppe Garella, Pilade’s son, began workinh in the company in 1942.  After the end of the conflict, he worked hard to diversify Lenci’s production by adding Walt Dysney’s heroes; and  the television characters of the “Carosello” of the Fifthies, between them: Topo Gigio and Calimero; but also Caballero and  Carmencita and the   Peynet’s lovers.  Always in the Fifthies, he go with Mario Sturani to Vallauris, seat of the artistic workshop by Pablo Picasso, and renew the ceramic production which unfortunately ceased in 1964.  The production of dolls and puppets of the Sixties and Seventies, on the a other hand, continues to be renewed with new dolls accessible to a wide public, the Lencirelle, with a typical design over those years.

At the beginning of Eighties, Beppe Garella decides to re-propose the Lenci doll models of the Twenties and Thirties in a limited edition ( 499 – 999 – 1999 pieces ) to an audience of collectors. His intuition is a great success especially in USA, where he goes himself on a promotional trip. The numbered re-edition required not only the revisitation and enhancement of the Lenci repertoire, but also the development of new technical solutions that allowed the creation of objects of high quality workmanship at sustainable costs, while respecting the main aesthetic characteristics of the original models.  Thanks to his far-sighted choice, the dolls that made the name Lenci famous in the world do not fall into oblivion, and indeed he reminded the new generations by going against the tide with respect to fashions of his days.  In 1992, Beppe Garella suddenly dies. 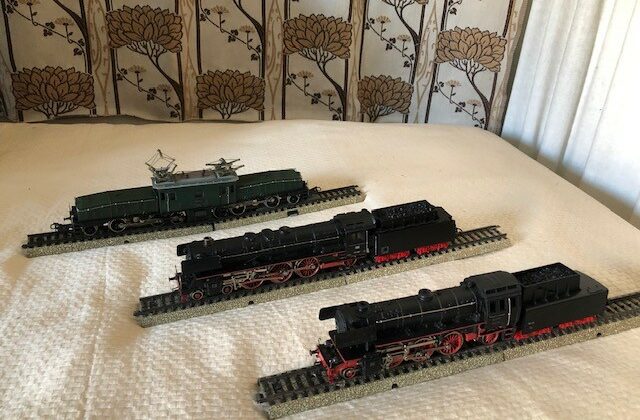