Mini-Review: Is there a role for genetic risk prediction studies in Type 2 Diabetes?

Type 2 diabetes develops from the interaction between non-genetic (environmental/lifestyle) and genetic factors. One of the challenges of personalized genomics is the prediction of disease risk. This review examines the challenges of risk prediction studies and the barriers to their implementation in the clinic.

The genetic study of common complex disease has undergone a massive transformation following the launch of genome-wide association scans (GWAS). These have greatly enhanced our knowledge on the contribution of common genetic variation in multifactorial diseases. Furthermore, the cost and timeframes necessary for whole genome sequencing has continued to diminish. Thereby, the endeavor of sequencing entire genomes has now shifted from being the sole realm of international consortia to lying within the technical capability and budgetary constraints of individual academic and research institutions.

From laboratory bench to clinical care

Undeniably, the genomics revolution has lead to the identification of hundreds of loci that are associated with clinical phenotypes or disease states.  Yet the ‘bench to bedside’ translation from genomic discovery to clinical practice is an obscure and often controversial field that represents a major challenge to physicians and researchers alike.  Many acknowledge that such a transition requires a significant shift in paradigm from the traditional Mendelian genetics approach.  As the systems biology approach to complex disease becomes more vital to our understanding of human physiology, it is apparent that the contribution of single genes considered in isolation is relatively minor1 . Instead epigenetic, gene-gene and gene-environment interactions critically underlie the etiology and pathogenesis of multifactorial diseases. Contrastingly, industrial ventures have sprung up that make use of genomic data to provide risk prediction information to individuals about health, disease and even behavioral traits. Companies like 23andMe (www.23andme.com) daringly claim that “23andMe can help you discover how your genes may affect your chances of developing various diseases and conditions, as well as traits such as athletic ability”2. Such bold and over-enthusiastic predictions regarding personalized medicine contrast with those of genome researchers and merit careful scrutiny3.

Type 2 diabetes mellitus (T2DM) is a common multifactorial disease caused by the complex interplay between genetic and non-genetic (environmental/lifestyle) factors. It is highly heritable, with the relative risk for the disease in individuals with a family history being two- to six-fold higher compared to individuals without a family history of T2DM4. As a number of polymorphisms at various loci have been associated with T2DM, investigators have questioned whether combinations of risk alleles can be used to construct genetic risk scores for an earlier identification of individuals at risk.

Despite evidence that early lifestyle or pharmacological interventions can prevent or delay the development of the disease, the prediction of risk of new-onset T2DM is not part of routine clinical practice5.  Two currently available risk prediction scores are based on demographic, anthropometric and biochemical data. The Cambridge T2DM risk score6 is based on age, gender, family history, BMI and smoking status, and the Framingham offspring T2DM risk score7 incorporates fasting blood glucose and lipid profile parameters into risk calculation. The two risk prediction algorithms provide a reasonable measure of discrimination of incident cases of T2DM, with area under the curve (AUC) values of 0.75 and 0.85 respectively. Furthermore, the addition of non-routinely measured indices of glucose metabolism, such as fasting plasma insulin, homeostasis model assessment-estimated insulin resistance (HOMA-IR) and a two hour oral glucose tolerance test, does not improve T2DM risk prediction8.

Genotypes are appealing as disease biomarkers as they do not change with and are independent of age. Technological advances continue to improve on genotyping efficiency and throughput and offer the ability to multiplex single nucleotide polymorphism (SNP) assays in combination with high fidelity. Genotypes offer the intriguing prospect of risk determination from young age groups, where, in the light of cardiovascular disease prevention, earlier intervention has the maximum beneficial effects.

The identification of genotypes that confer risk in T2DM and their incorporation into robustly validated risk-scoring algorithms based on phenotype has long been considered as the ‘Holy Grail’ of T2DM genetics. Relatively few studies exist that investigate the application of genetic risk scores in predicting T2DM, either as case-control or longitudinal follow-up studies. In all studies, irrespective of how many, or which risk loci were considered, and irrespective of whether genetic scores were weighted or not, the salient conclusion is that individuals with more risk alleles were at greater risk than those with fewer risk alleles. Hivert et al developed a genetic risk score using 34 T2DM-associated loci in over 2,800 individuals from different ethnic backgrounds representative of the US population9.  In a three-year follow-up study, they demonstrated that higher values of a weighted genetic risk score were associated with increased risk of progression to T2DM. The study also reported that in individuals with high genetic risk scores, intensive lifestyle intervention was associated with higher incidence of regression to normal glucose regulation. On the other hand Meigs et al investigated a genetic score based on 18 T2DM-associated loci in over 2,000 individuals from the Framingham Offspring Study which were followed for twenty-eight years. They report that genetic risk scores predicted new cases of T2DM, with a 12% increase in relative risk of disease per risk allele10. Weedon et al reported similar findings using an unweighted genetic score constructed from just 3 common highly-replicated variants11. Similarly, Lyssenko et al reported on genetic risk scores using 16 T2DM-associated loci12.  In all of these and other studies, the results showed that combinations of risk alleles can be used to identify a gradient of genetic risk that has a better predictive capacity than single polymorphisms considered in isolation.  Despite the established association between the number of variants and disease risk, genetic risk scores in isolation offer poorer discriminatory capacity (AUC of 0.55 to 0.68) when compared to clinical risk prediction algorithms13. Interestingly, the discriminatory capacity of genetic risk scores does not correlate with the number of SNPs included in the risk score. The highest AUC (0.68) value was reported in the Botnia study that considered 11 SNPs in a prospective study design14,  and the lowest AUC value (0.55) reported in the FINDRISC study utilised the same 11 SNPs and an additional 8 polymorphisms in a cross-sectional study design15. The various published risk prediction studies also differ in the genetic variants included in their risk models. Since its discovery, the great majority of studies have included TCF7L2 in the list of risk-conferring variants. This gene has been hailed as one of the biggest success stories of T2DM genetics16, as common variants in this gene have marked and reproducible effects on disease risk. Since its initial discovery by the deCODE investigators in 2006 in an Icelandic population17, the role of TCF7L2 in T2DM risk has been replicated in various Caucasian18 and non-European cohorts19. The majority of investigations have also included genetic variants in SLC30A8, IGF2BP2, PPAR-gamma and KCNJ11. Most of the other SNPs are included in one or two models only, so there is considerable heterogeneity in the existing genetic risk models for T2DM.

Genetic Risk Scores – Would they make a difference?

Notwithstanding the academic interest in genetic risk scores, their potential translational clinical application in risk prediction remains to be determined. Prospective studies have determined that the commonly measured clinical risk factors of T2DM are powerful harbingers of T2DM risk. The addition of genotype data to these risk factors have added little useful information to risk prediction in populations at risk. Phenotypic risk factors, in particular obesity and adiposity indices, together with family history of T2DM are simple, inexpensive and easily measured clinical risk factors that are superior to any presently known genetic risk factors in disease prediction. Treatment with metformin and intensive lifestyle intervention was effective at reducing the risk of diabetes incidence at any level of genetic risk9. In a prospective investigation that compared a 20-allele genetic risk score to the Cambridge and Framingham T2DM risk scores, Talmud et al concluded that the addition of genotype data to phenotype-based risk models did not improve discrimination between T2DM cases and controls8.  Similarly, the recent CARDIA study (Coronary Artery Risk Development in Young Adults) concluded that genotype score does not improve prediction over routine clinical measurements20.

A number of requirements must be fulfilled for T2DM genetic risk prediction in order for it to successfully achieve the bench to bedside transition:

Clinicians should always advocate the maintenance of a healthy weight and balanced diet as the cornerstone of T2DM prevention – irrespective of one’s genotype. However, genetic risk scores could be used to identify subgroups with particular elevated risk for targeted intensive risk modification programs or pharmacotherapy. Such programs are resource-intensive, and in healthcare systems affected by finite resources, could offer a personalized approach to risk prevention in selected individuals. Nevertheless the clinical importance of excess adiposity and obesity as the principal functional risk factors in T2DM risk determination and disease progression remains undisputed. 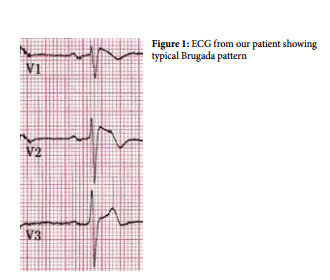