Peripheral arterial disease (PAD) has for far too long been treated as a minor ‘peripheral’ condition. The truth of the matter is that ‘peripheral’ arterial disease is associated with a three to four fold increased mortality compared to the general population. PAD is also associated with significantly increased morbidity from cardiovascular events such as myocardial infarction, cerebrovascular accidents and limb loss. Failure to recognise and treat risk factors in this group of patients results in preventable and unnecessary deaths, myocardial infarctions and strokes.

Peripheral arterial disease (PAD) is cursed by its own name. The Oxford English Dictionary gives the meaning of the word ‘peripheral’ as “irrelevant, marginal, nonessential and unimportant”.  Nothing could be further from the truth.  PAD is only one manifestation of atherosclerosis, a systemic inflammatory condition affecting the coronary, cerebral and peripheral arteries. It is disease in the coronary and cerebral arterial beds that leads to the high mortality as well as the significant number of vascular events in this group of patients. There is abundant evidence to show that control of the major risk factors (hypertension, diabetes mellitus, hypercholesterolemia, cigarette smoking) and the administration of antiplatelet drugs can significantly reduce morbidity and mortality.  Several national and international guidelines have been published to encourage adequate control of risk factors in an attempt to prevent deaths and vascular events.  Despite these efforts, control of risk factors in this group of patients is often well below acceptable levels.

Prevalence and Incidence of PAD  in Malta

PAD may be completely asymptomatic, may present with intermittent claudication of the calves, thighs and or buttocks, or in its most severe form may result in critical ischaemia defined as either ischaemic rest pain or ischaemic tissue loss (ulcers or gangrene).

PAD is a common condition. No epidemiological studies have been carried out in Malta to identify the prevalence of PAD.  The overall annual incidence of intermittent claudication is estimated to be between 4.1-12.9 per 1000 in men and 3.3-8.2 per 1000 in women.3  Extrapolating this to our own population, we would expect an annual incidence of between 1333 and 5212 new patients with intermittent claudication based on a population of 404,039 (Census 2005 figures).  Compare this to the incidence of all cancers (except squamous cell and basal cell carcinoma) reported for 2003 in Malta which was 659 (National Cancer Registry 2005).

The prevalence of PAD, based on an ABPI <0.9, ranges from 139-169 per 1000 in men and 114-205 per 1000 women over 55 years of age.4,5 Based on Census 2005 figures, the prevalence of PAD in Malta would be estimated to be between 15,652 and 28,147.  These are huge numbers considering the size of our country and the resources available. Furthermore in view of the high prevalence of diabetes mellitus in Malta, it is likely that the true prevalence of PAD is likely to be towards the upper end of this estimate.

Morbidity and Mortality associated with PAD

The worse the severity of PAD as estimated by ABPI, the higher the risk of cardiovascular events and mortality. Death in this group of patients is overwhelmingly due to cardiovascular events with coronary artery disease accounting for 40-60%, cerebral artery disease for 10-20%, and ruptured abdominal aortic aneurysm accounting for another 10% of deaths.

In patients who have asymptomatic PAD or have intermittent claudication, the mildest form of the condition, the annual incidence of major cardiovascular events is between 5 and 7%.2  Taking the lowest estimate of PAD prevalence and assuming that all patients with PAD in Malta have the mildest form of disease, this would amount to around 1100 major cardiovascular events per year.

Control risk factors and save lives

The use of antiplatelet drugs significantly reduces non-fatal myocardial infarction, non-fatal stroke and vascular death by a staggering 20%.7 Based on estimates of prevalence of PAD in Malta, prescribing antiplatelet drugs to all PAD patients would prevent between 253 and 456 vascular events (non-fatal MI, non-fatal stroke and vascular death) each year.  The first line treatment should be 75mg Aspirin because of its low cost.  The CAPRIE study however showed that 75mg clopidogrel daily is significantly more effective than aspirin at reducing myocardial infarction, stroke and death (relative risk reduction 24% compared to aspirin).8 In those who have contraindications to use of aspirin, clopidogrel is clearly an even more effective if somewhat more expensive treatment.

The Heart Protection Study showed that even patients with ‘normal’ cholesterol levels still had a marked benefit from statin use.9  Indeed the use of statins is associated with a 12% relative risk reduction in overall mortality, 17% reduction in vascular mortality, 24% reduction in coronary heart disease events, and a 27% reduction in all strokes.7 Extrapolating these figures to our local population, the use of statins would prevent between 281 and 506 deaths per year. Furthermore it would prevent between 313 and 562 cardiovascular events per year, besides cutting the number of strokes and the number of patients requiring coronary or peripheral revascularisation.  Considering all of this and the documented cost-effectiveness of these treatments it seems rather short-sighted to decline this group of patients free drug treatment, as is the case currently.  Unfortunately despite the high morbidity and mortality associated with this condition, peripheral arterial disease does not feature on the Schedule V list of conditions.

How well are we doing at controlling risk factors?

We recently presented the data from an audit on risk factor management in peripheral arterial disease carried out at St Luke’s Hospital.10  Of all patients with PAD referred to a vascular surgeon, only 43% were on an antiplatelet drug, only 17% were on a statin and only 10% had been given any help with smoking cessation.  This compares very poorly with a similar audit carried out in Scotland where 72% of patients were on antiplatelet treatment, 85% were on a statin and 85% had been given help with smoking cessation.11 The major difference between these two countries is that all statins and antiplatelet drugs (including clopidogrel) are dispensed free of charge to Scottish patients and general practitioners are rewarded financially for achieving set targets.

The prevalence of peripheral arterial disease will inevitably increase as the population grows older.  It is high time that peripheral arterial disease sheds its “Cinderella” status.  As clinicians we need to recognise the fact that this is a killer disease but more importantly that we can do something about it.  Due pressure needs to be applied to the relevant health authorities to ensure that this group of patients are treated in the same way as patients with coronary heart disease with whom they share a common pathology, atherosclerosis, and equally high risks.  Peripheral arterial disease patients deserve to be provided with the treatment required to reduce mortality and morbidity.  Unless we act, we will continue to witness significant numbers of unnecessary and preventable deaths. 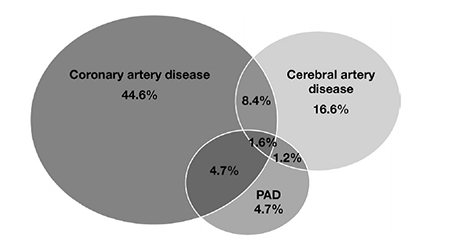 Figure 1: Degree of overlap between the three conditions 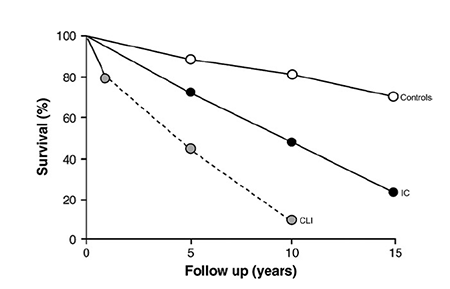 A practical and comprehensive overview of PET/CT – Part I

Philosophy of medicine – is there such a thing? – Part II