E yesight and the eyes themselves are regularly employed in science fiction, not only as important motifs enjoying central roles in the plot, but also in other aspects of the story, such as in characterization. This article will review some interesting aspects of eyesight and of the visual organs as exploited by Star Trek (ST). In the canon, the eyes have been used for two main purposes: as signifiers of difference and otherness, that is, of alienness, and as a showcase for medical advances.

ST uses physical characteristics as signifiers for “the other.” Common methods include subtle or even sophisticated makeup alterations to the head and face and other visible portions of the body. These may be simple changes, such as pigmented spots, or elaborate transformations that involve the face and cranium including monocular replacement with a wide variety of cybernetic implants in the Borg alien race. The latter famously give Captain Picard a spectacular nightmare when he dreams that he is being reassimilated by the Borg, and we witness a small drill bit gently indenting his cornea and stopped just short of going into his eye.2

Elasian females produce tears containing compounds that upon skin contact, enthral men and render them emotionally infatuated, such that “a man whose flesh is once touched by the tears of a woman of Elas has his heart enslaved forever”.3 The ultimate in ocular difference are the Aenar species who live in caves on a frozen world, “blind ice-dwellers” and this disability is made up for by highly-evolved telepathic abilities.4

Rituals involving the eyes may also function as a signifier for difference. For example, the Klingon warrior death ritual involves forcibly opening the warrior eyes during or directly after his death, then bellowing loudly skyward, warning the inhabitants of Sto-vo-kor (the afterlife for the honored dead, equivalent to the Norse Valhalla) that a warrior is about to arrive.5 Blind alien animals are also mentioned in the canon, such as the Tiberian bat, and being called “as blind as a Tiberian bat” is considered a perjorative.6

Injury during the course of duty may also include blindness, temporarily or permanently creating a difference. For example, the Vulcan Spock is blinded by deliberate exposure to strong sunlight that is used to drive a parasite out of his nervous system but the blindness was temporary due to an inner eyelid.7 Humans are less able to tolerate strong sunlight, such as that on the planet Vulcan;8 however species who are accustomed to low light levels, such as the Myleans, have dilated pupils which lead to photophobia in relatively strong light intensities that are tolerated by humans.9

The Klingon general Martok lost one eye when he was forced to engage in recreational hand-to-hand combat, but being a typical hypermacho Klingon, spurns a replacement.10 The Vulcan Tuvok was also blinded during an explosion but this is reversed when the timeline in which the events occur is erased, and it is as if he never experienced blindness. During his blind period, his work panel interface was modified to incorporate a tactile interface.11 And finally, the Cardassian villain Dukat was temporarily blinded by an energy burst released from a Bajoran holy book.12

The eyes are routinely used as personal identifiers with biometric retinal scans.13 More importantly, blindness has been greatly alleviated within the Federation. Early in the canon, blind individuals are able to function as normal members of society through a highly sophisticated sensor web worn on clothing.14 Two centuries later, blind individuals take advantage of medical devices called VISORs (Visual Instrument and Sensory Organ Replacement), goggle-like structures which are able to detect electromagnetic signals between 1 Hz and 100,000 THz.15

Ocular implants were developed a few years later. These were similar in appearance to the human eye but were of a deep blue colour. Moreover, a close inspection reveals mechanized details on the iris and pupils. They offer additional advantages such as telescopic vision.2 These devices may be implanted in individuals who are blind from birth2 , blinded by an injury, such as in battle,10 or after an eye has been explanted and replaced with a mechanical (such as a cybernetic Borg) interface.1 Interestingly, normal vision is not always desirable since this would lead to a reduction in visual abilities.16

Ironically, the only extant implantation of an organic eye within the canon is that of Data, an android who is given an organic eye along with other organic implants in the Borg Queen’s attempt to seduce him.2

The eyes are important organs and it is only fitting that they are important protagonists in ST. Even episode titles sometimes accede to this, and in particular, when there is anachronie which speed up in external narration when compared with events occurring on starships, the eyes are mentioned in the episode titles, such as when the Enterprise is invaded by speeded-up aliens17 or when Voyager orbits a planet on which time flies by at an accelerated rate.18

ST portrays blindness as a curable disease, in the future, and even provides opportunities for vision enhancement with abilities superior to mundane vision in individuals with impaired sight 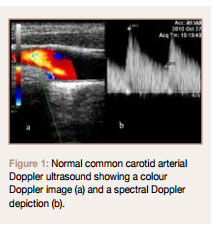 Diagnostic Imaging of Mass Lesions in the Hand

The Cholesterol Controversy – The Series