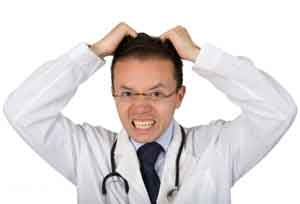 When the citizen subject becomes just a piece of the State, an object in State’s property or an object in market’s property…there are no more persons and the individual person as himself  in a liberal state  does no more exist.

The state just like the market wants to know  everything  about everybody…the doctor becomes one of the tools to make maintenance and repair of these state’s pieces who must be functional to the state  itself, or, anyway, he has to give information….being now a doctor – servant and controller for the state who is the owner of doctors themselves using them as its instruments.

As in the Animals’ Farm, you cannot anymore see the difference between the Power in the communist state and the Power in the state where market is over all…for both does not exist anymore the Individual Person, does not exist anymore the privacy, and single individuals’ life  is complicated  without  minimally  protecting privacy, but as the opposite, openly spreading  all  matters about anyone without  necessity nor respect.

Doctors in pharmacies, in the place nurses managing everything in medicine.  Rewards to doctors prescribing less drugs. Certificate for sickness since the first day and online instead of administrative clerks, in a country missing not only telematic links, but even bed sheet , plasters , syringes in the hospitals.

In front of blind cutting  for health care as hospitals and as primary care setting, we cannot stay indifferent to a catastrophic scenario.  And we face the paradox that somebody is allowed to speak about all that as ….a refundation.

It is just a real destruction that masks big interests and put the weigh on the shoulders of helpless population and of doctors no more able to react and  suffering , by little laws’ ruses,  the  worst harassment in the history of Italian Republic.

I said when they handed me my diploma,

I said to myself I will be good and wise and brave and helpful to others;

I said I will carry the Christian creed into the practice of medicine !

Somehow the world and the other doctors know what’s in your heart as soon as you make this high – souled resolution.

And the way of it is they starve you out.

And no one comes to you but the poor.

And you find too late that being a doctor is just a way of making a living.

And when you are poor and have to carry the Christian creed and wife and children all on your back, it is too much.

That’s why I made the Elixir of Youth,which landed me in the jail at Peoria, branded a swindler and a cook by the upright federal judge ! 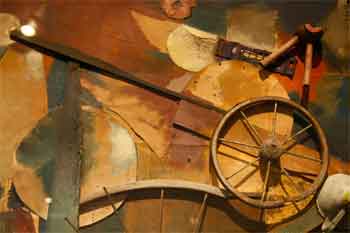